‘Sometimes I think that if I’d found a way to talk, we’d be together now…’

When Helen finds a bundle of unsent love letters, tied with a red ribbon, and signed only ‘the love you wished I could be’, she wonders who they could belong to.

The same day, however, her husband Alex announces he’s leaving. She’d believed their love would last a lifetime, but now he’s gone and she hadn’t even realised there was anything wrong.

Desperate to understand, Helen doesn’t know where to look for answers. But the letters keep drawing her back. As she reads the words of loneliness, loss and regret, something in them helps her start to make sense of it all… Even as she realises someone has been keeping heart-breaking secrets.

But who do the letters belong to? Can the sender ever be reunited with the one they love, or is it too late? And when Helen finds out the truth about Alex, can she find it in her heart to forgive him, or will he never be the love she wished he could be? 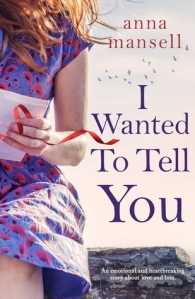 I have never read a book by the author before, but after seeing what it was about, I simply had to and I can assure you I was thrilled.

The prologue already has you wanting more and little by little the story develops and my pile of soggy tissues increased.

The story is about love, but sometimes loving someone is not enough. It’s about stepping in and trying to fix everything, but sometimes it’s not the right solution. It’s about needing space and craving attention at the same time , but getting it does not make everything right. It’s about making difficult decisions and doing what is best, but best for whom?

Sometimes taking a step back it the first step forward …

Even if you have found the love of your life, your bed of roses might contain some thorny ones.

A beautiful touching story that pulled my heartstrings to the limit in every possible direction.

Anna had a brush with ‘fame’ as a magician’s assistant back in 1977. She later decided that being sawn in half by her magical performing father, at barely 6 months old, was too submissive a role. She vowed to channel the trauma in to something much more pro-actively creative. Having failed at acting, singing and professional murder mystery parties (she was ALWAYs the one to die!), she fell to something much more solitary: writing. How To Mend a Broken Heart was her first novel and her life was not on the line in order to write that or her second: The Lost Wife. Anna lives on a dairy farm in Cornwall with her two children, her husband, and her ex-racing greyhound, Olive Dog.
https://www.facebook.com/AnnaMansellWriter/
https://twitter.com/AnnaMansell 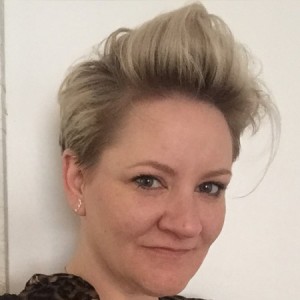