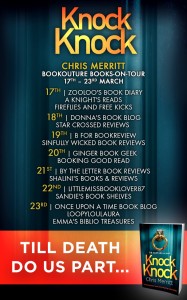 Natasha Mayston wasn’t expecting anyone to knock on her door so late at night. And she has no idea that the face staring back at her is the last one she’ll ever see…

As Detective Dan Lockhart is called to a wealthy London street to investigate Natasha’s death, he’s startled by the similarity to a previous case. Noticing the cable-tie restraints and the tiny scratches on Natasha’s wedding finger, Dan already knows what he will find if he looks in her mouth – the metal ball which choked her to death. He knows Natasha isn’t the killer’s first victim and is certain that he will strike again.

Months earlier, Kim Hardy was found in the same position in a run-down hotel across the city – an identical silver ball in her throat. But Kim’s murderer was caught and sent to prison – did they arrest the wrong man? And what connects the two victims? Fearing that he’s dealing with a psychopathic serial killer, Dan calls in psychologist Dr Lexi Green to help him to get into the perpetrator’s mind. Tough and smart, Lexi will stop at nothing to hunt down the man responsible for the deaths.

Then, another body is discovered, just as Lexi finds a clue online leading to the killer. Dan’s team aren’t convinced, but in pushing Lexi away from the investigation, they force her to dig further into the case on her own. Convinced that she’s on to something, she puts herself in unthinkable danger… but can Dan piece together the clues and identify the killer before it’s too late?

Oh wow, this was another book by this author that is finger-licking good! I am a huge fan of his work and I am always a very happy camper when I see he has finished a new story.

Although he has created a new team with a new DI as main character, it was nice to see that he did not forget his other Detective 🙂

In this story you feel like you are strapped to your chair. You just can not let it go. You have no other choice than to keep on reading. The author serves us a whole platter of suspects to chose from, but who is the right one?

I decided to put my suspects in catergories : too obvious, too kind, too not smart enough, right amount of cockiness, fits perfectly, … I had three names in mind that were my first choices, but alas … wrong again, as usual. They always say it’s often the one you least expect. Well, let me tell you, I did not take him to account at all.

These are books that I like, that I love! Keep me guessing and hit me with an outcome that I did not see coming in the slightest.

Thank you, Chris Merritt and Bookouture.

Chris Merritt is a British author whose crime thrillers combine psychology, suspense, and characters you care about.

All his novels are set in London, where he lives. He began writing fiction in 2014, after previous careers as a diplomat, based in Iraq and Jerusalem, and later as a psychologist working with victims and perpetrators of crime. He specialised in treating Post-Traumatic Stress Disorder (PTSD), which sparked his interest in telling stories about how people cope when faced with extreme adversity.

Now he spends most of his time writing novels and drinking coffee while *thinking* about writing novels. When he’s not writing, he loves climbing and playing basketball. 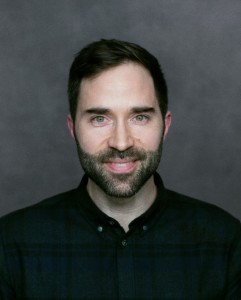