Eeeny meeny, miney, moe. Who lives, who dies only I know.

When the body of a doctor is discovered brutally murdered in local woodland, Detective Kim Stone is shocked to discover the victim is Gordon Cordell – a man linked to a previous case she worked on involving the death of a young school girl. Gordon has a chequered past, but who would want him dead?

As the investigation gets underway, Gordon’s son is involved in a horrific car crash which leaves him fighting for his life. Kim’s sure this was no accident.

Then the body of a woman is found dead in suspicious circumstances and Kim makes a disturbing link between the victims and Russells Hall Hospital. The same hospital where Gordon worked.

With Kim and her team still grieving the loss of one of their own, they’re at their weakest and facing one of the most dangerous serial killers they’ve ever encountered. Everything is on the line. Can Kim keep her squad together and find the killer before he claims his next victim?

The killer is picking off his victims at a terrifying pace, and he’s not finished yet. 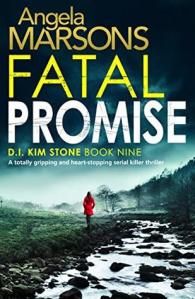 It’s only my second book by this author and I realise I missed out on a lot, but not anymore. From now on, my eagle eyes are on the lookout and I will snap up every book that will be published.

I think this already sums up how I felt about the book but I will elaborate.

The story is fluently written, fast paced, utterly gripping and mesmerizing. I love it when suspense is linked with humour, sarcasm and twisted minds. Hmm, what does that say about me? LOL.

If you have not read the previous book, I would recommand it. It certainly will help you appreciate this one even more.

We are in for a treat, but what this means is for you to find out. It felt like my heartstrings just renewed their membership at the gym.

I like the way the author reveals a bit more about Kim and what she went through. In every thriller there is cruelty, but this is often the result of a very sad event …

I won’t surprise you that I rate this book 5 stars.

Angela lives in the heart of the Black Country with her partner, bouncy puppy and potty mouthed parrot.

It has taken many novels to find that one character who just refused to go away. And so D.I. Kim Stone was born.  The D.I. Kim Stone series has now sold over 2 million copies. 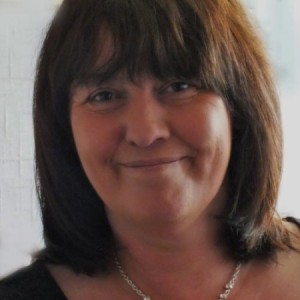