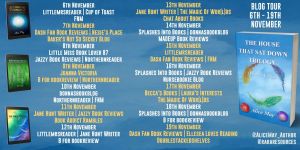 The House That Sat Down Trilogy: Omnibus Edition

Inspired by a true story, The House That Sat Down Trilogy is a tale of triumph over tragedy. It is an astonishing account of sudden, first-world homelessness in the heart of the New Forest, and the unexpected consequences. Written entirely from a mother’s point of view, following the collapse of her family’s home, it is an uplifting and positive read in spite of the subject matter, with a thread of wry humour throughout. Follow this ordinary woman on an extraordinary journey of survival and self discovery as she reels from disaster, before picking herself up and coming back stronger and wiser than before.
Packed with humorous observations about what it is like to live in a tent in your garden with your husband and four children after a significant part of your house falls down out of the blue one day, this story takes you from the depths of despair right through to the satisfying heights of success against the odds, with lots of tea and cakes on the way.

Follow this crazy family as they cope with disaster in their own truly unique and rather mad way, and celebrate each small triumph along the way with them.

If you think the normal school run on a Monday is entertaining, you should try doing it from a tent in your back garden, surrounded by the jumbled-up contents of your entire home. It is vastly more diverting.

Our heroine has survived the sudden collapse of her home – or has she?

Certain events, two and a half years ago, led her to deliberately destroy an important piece of herself, hiding away all remaining evidence that it every existed. What happens when she decides to go looking for it?

Does she really deserve to be whole again?

I wanted to show just how utterly unexpected it was for ourfamily to watch astheir home started to disintegrate.No one anticipates that their home might not still standing, whenthey return from work at the end of the day. Yet, that is exactly what happened to me. I rather enjoyedusing the experience as part ofthe inspiration for this novel.‘Two and a half years previously….When you buy old properties, you can expect them to be a teeny bit troublesome.Our house was no exception. Young and naïve as we might have been when we bought it, weweren’t completelydaft. We could see that work was required yet,we could also see that the ratherrandom conglomeration of structures that encompassed the sweet old cottage, presented us with theopportunity to build an idyllic life in the countryside for our growing bandof marauding Barbarians.There were plenty of bedrooms upstairs and a huge garden for prowling around, surrounded byfields and streams to explore. Loads of fresh airmeantthe asthmatics would thrive, plus it was milesaway from the hustle and bustle ofmain roads and big cities. In effect, by living here, we could be saidto be protecting both the Barbarians and society at the same time.The house consisted of a motley selection of extensions,of indeterminate age,around a centralcob cottage. The original structure had been present on the site for at least 350 years, but had beenaltered to a sufficiently unrecognisable degree that the local planners were not skipping round it,tryingto put it on one of their lists of historical significance.This was a good thing as it meant that we would be able to get planning permission to make somealterations. Nevertheless, we still had National Park (NP), Area of Outstanding Natural Beauty(AONB), Site of Special Scientific Interest (SSSI) and River Corridor designations to contend with sono changes were going to be particularly straightforward.Over the next ten years, we slowly spruced up bits of the cottage as our finances allowed, but theoriginal section remained much as we had found it. Lovely thick, solid walls, warm in winter and coolin summer. There was a charmingly rickety staircase that would never pass building regulations thesedays and a huge open fireplace with old foot and hand holds leading up the inside of the vast chimneystack. (No, we never sent any of the Barbarians up it, even though it was very tempting to save on thechimney sweep bills!) The whole thing was topped off with a very pretty thatched roof.We had been assured by the detailed structural survey that it was all completely sound and thusno concerns were raised. The general consensus from all consulted was that it had stood for 350 yearsalready and it would stand for 350 more.Therefore, you can probably understand my total incomprehension as I stood on the drivewayone July day and watched as two massive, jagged cracks tore their way up the walls of my home fromground level right up to pretty thatched roof, and a section of cob started to move very slowly awayfrom the rest of the house.“How peculiar!” I remember thinking…’

Thank you, Alice May and Rachel’s Random Resources

I am a multi-tasking parent to four not-so-small children, and I am fortunate enough to be married to (probably) the most patient man on the planet.  We live in, what used to be, a ramshackle old cottage in the country. Our house began to fall down out of the blue one day, which resulted in the whole family living in a tent in the back garden for quite some time, while we worked out how to rebuild our home.

A few years afterwards, I decided to write a book and, once I started, I found I couldn’t stop.

Inspired by true-life events ‘Accidental Damage – tales from the house that sat down’ wouldn’t leave me alone until it was written.

Within six months of self-publishing my novel, I was delighted to learn that it had won two ‘Chill with a Book Awards’. This was a massive honour and motivated me to continue writing. Accidental Damage became the first book in a trilogy.

The Omnibus edition of all three books in the House That Sat Down Trilogy is now available via Amazon in both paperback and kindle format. 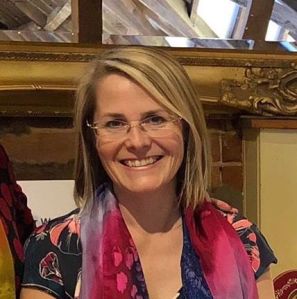