A game for the times we live – and die – in. Enter Psychotopia, a dark new dystopian novel from the author of the acclaimed Silas Quinn mysteries.

PSYCHOTOPIA, LEVEL ONE. Create your own boutique psychopath, then deceive, manipulate and be ruthless, spreading mayhem and destruction to reach the next levels.

It’s the computer game for our times. After all, the amount of crazy in the world is increasing. Senseless violence on the streets is becoming the norm. Can Dr Arbus’s ground-breaking device identify and neutralize psychopaths before it’s too late? In this increasingly dysfunctional world, surely Callum standing by Aimee after her devastating encounter with Charlie is proof that real love and goodness can still win in a world that’s increasingly rotten . . . Or can it?

I have a small study at the front of the house. It’s fine except for the fact that we have a squirrel living in the porch right near my study and I can hear it gnawing away at the woodwork. Either that or it’s going on inside my head. I have a part time day job, so I get one clear day a week to write (Monday) plus weekends and sometimes evenings if I have the energy. I would love to be able to write every day.

There usually has to be a large pot of black coffee close at hand. And one of my cats always comes and flops down on my desk when I first start working. We have to go through a ritual of tickling her tummy for several minutes, plus it takes her ages to settle down. She does tend to stand in front of the screen, or on my keyboard. I think she’s trying to help.

As I said, coffee.

Oh that’s a difficult one. It’s different every time I get asked. Dostoevsky’s Crime and Punishment was a very important book for me and I owe a lot to it. I wrote four crime novels using the investigator from that book as my protagonist.

I have written in a number of different genres already. My first novel was a contemporary thriller. After that I wrote a number of historical crime novels. With Psychotopia, I wrote a science fiction dystopian novel. So in the future, yes, I think I would like to keep trying different genres.

I have to be very careful how I answer that as I don’t want to get sued. But to be serious, I think characters tend to be amalgams. They have a bit of this person and a bit of that and a bit of something made up. And as a writer, you find that you put a lot of yourself into your characters. So I guess the honest answer might be that my characters tend to be based on aspects of my own personality. It’s a bit like being an actor, I think.

7.Do you take a notebook everywhere in order to write down ideas that pop up?

I have my phone. I usually jot down notes on that. But, yes, ideas do come into my mind at the most inconvenient time and I am always afraid of forgetting them.

I don’t see myself as a collaborator. I would always worry that I wasn’t pulling my weight. But I think I would learn a lot from working with Noah Hawley, who was the showrunner on the TV shows Fargo and Legion and has written several novels that I really admire.

10.If you should travel to a foreign country to do research, which one would you chose and why?

They say the past is a foreign country. So I would say the past. Because I am fascinated by the past and desperately want to know what people were really like in previous eras. At the same time, I think it would really freak me out if I was able to do that.

R. N. Morris is the author of ten novels. The latest is PSYCHOTOPIA, published 31 October, 2018. A Gentle Axe, was published by Faber and Faber in 2007. Set in St Petersburg in the nineteenth century, it features Porfiry Petrovich, the investigating magistrate from Dostoevsky’s great novel, Crime and Punishment. The book was published in many countries, including Russia. He followed that up with A Vengeful Longing, which was shortlisted for the Duncan Lawrie Dagger Award (as the CWA Gold Dagger was briefly known). A Razor Wrapped in Silk came next, followed by The Cleansing Flames, which was nominated for the Ellis Peters Historical Novel Dagger. The Silas Quinn series of novels, set in London in 1914, began with Summon Up The Blood, followed by The Mannequin House, The Dark Palace and The Red Hand of Fury. The next novel in the series, The White Feather Killer, will be published in April 2019. Taking Comfort is a standalone contemporary novel, written as Roger Morris. He also wrote the libretto to the opera When The Flame Dies, composed by Ed Hughes. 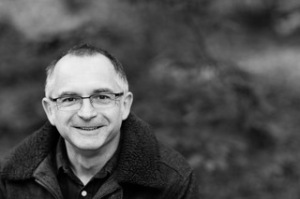