A new mystery by six-time Lambda Literary award winner, Michael Nava. Set in San Francisco in 1984, Henry Rios, a gay criminal defense lawyer,  is fresh out of rehab and trying to put his life back together. He’s hired by an insurance company to investigate the apparently accidental death by carbon monoxide poisoning of Bill Ryan in the Castro Street apartment he shared with his lover, who survived. As he delves into Bill Ryan’s life, Rios becomes convinced Ryan’s death was no accident, and that his young lover is implicated. Meanwhile, the tsunami of AIDS is bearing down on San Francisco’s gay community. 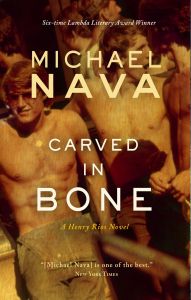 Michael Nava is the six-time Lambda Literary Award author of the Henry Rios novels and recipient of the Bill Whitehead Award for Lifetime Achievement in LGBTQ Literature. The New York Times praised him as “one of our best” crime fiction writers. The New Yorker called Henry Rios “a detective unlike any other previous protagonist in American noir.” Carved In Bone is the first Henry Rios novel in 20 years. Says novelist David Ebershoff (The Danish Girl) Carved In Bone is “rich, haunting and deeply engaged with the world.” 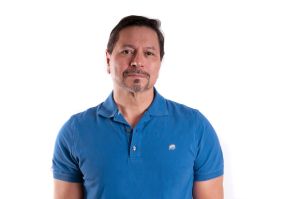