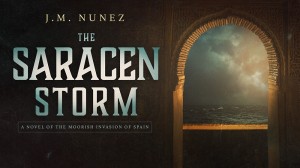 Hispania, 704 AD. When young Pelayo, the rebellious illegitimate son of the Duke of Asturias, is tasked with hunting down a party of Saracens raiders, he seizes on the chance to escape the city and the scandals that have swirled around him for years. As he follows the trail of devastation left by the raiders, he learns that Valentina, the headstrong daughter of his father’s closest ally and his hated half-brother’s betrothed has been taken captive.

As Pelayo leads his cohort toward the eastern coast, the sudden death of the king in Toledo unravels old alliances and sparks a fierce competition for the throne. As the kingdom descends into civil war, the ambitious Saracen governor, Musa Ibn Nosseyr, sees the Iberian nation’s troubles as the perfect opportunity to expand the reach of the caliphate into the underbelly of Europe.

Based on historical figures and events, The Saracen Storm is the sweeping saga of one of Spain’s best-loved heroes and the role he played during the nation’s darkest period: the Moorish invasion of its lands in 711 AD. 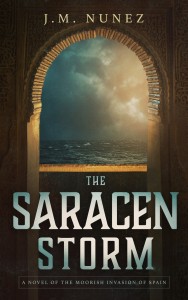 Jose Nunez resides in Montreal, Canada, with his wife and two daughters. After running a small, software development company for a few years, he turned his hand to freelance writing. A chance sighting of a bronze statue of an ancient warrior called Pelayo in the town of Cangas de Onis, Spain, gave rise to his first novel, The Saracen Storm. 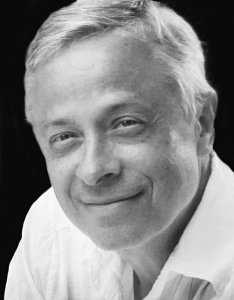