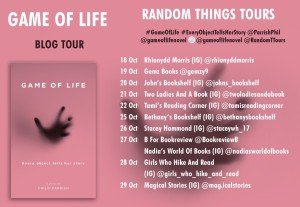 “Love and grief leave unborn spirits in their wake… spirits you must will into existence, no matter how impossible it all seems.”

On a snowbound Easter Sunday, the Porlocks gather for the final time in their soon-to-be demolished family home. All Porlocks that is, except one.

As time and nature close in, the family embarks on a journey of remembrance from ancient Egypt to Victorian England and into its own troubled past, awakening long-repressed voices which refuse to be silenced. 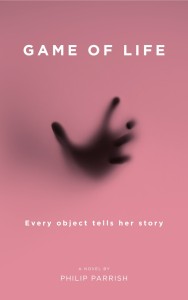 Sebastian Porlock started his day with a stopped watch. He would end it wide awake, swallowed in pitch darkness and pendular motion. Five feet six inches of conservatively dressed, slightly obese, thirtysomething failed teacher, rocking back and forth in the mid- air of his childhood playground, as midnight switched a spiritual Sunday into a boozy, meandering bank holiday Monday.

It would be the coldest March weekend on record, remembered long afterwards for the swathe of snow that cloaked the landscape at the start of spring. That evening, Seb’s small, bare hands would grip the frosted metal chains until they were numb. Two equidistant, balanced anchors attaching him to the present, moving in tandem with the tick-tock flux of the swing.

On Easter Sunday, his final one in the family home where he was born, raised and semi- enjoyed a tepid, elongated youth, Seb would go back on himself many times. To a family reunion both real and unreal, and to empty spaces corporeal and cerebral. And to a simple, mysterious process that would return the dead to the living and the living to the dead.

Before all that, there was the bedroom. An irregular space that had morphed over time during the many reconfigurations and re-imaginings of the 128-year-old Victorian house. Shaped like an ‘r’ in three distinct sections, the room wrapped around The Signal House’s central chimney breast, through which smoke rarely ascended, and butted onto the staircase that led from the second floor to the immaculately preserved bedroom above. The room was dominated by a wide rear window and three chunks of fatigued, fossil grey furniture. There was the DIY computer desk, bearing the weight of half-a-dozen labelled cardboard boxes crammed with breakables and bubble-wrap, an empty bookcase and the double divan bed with faded stone-coloured bedding in which Seb now awoke. This disjointed space was where he first came into the world in the autumn of 1982, coaxed out, so he was told, by a slender, chain-smoking midwife called Anita with a voice like scraped January gravel.

Half of him still yearning to slumber, Seb pawed the bedside table for his steel-coloured Omega Speedmaster Moonwatch, a gift from his grandad on his father’s side. He wore it on special occasions as a good luck charm, and as a conversation starter on dates yet to materialise.

“It’s time you were moonstruck, Seb,” Grandad said to him when presenting the heirloom, with that magical knack he had for investing objects with an aura of folklore. “Moonstruck means being a little spellbound. Not acting and thinking like you normally would. Happens to the best of us, and the best possessions do that to you. Because the best ones pass through us and are never really ours to own. This watch will be around long after you’re gone too. Keep it going until the end of your time, then let it pass through someone else. You can’t take anything with you in this life.”

The hands were stopped at just after five o’clock. Judging by the pearly shaft of sunlight lancing through the gap in the faded pewter curtains, Seb speculated that must have been a few hours ago. Which meant he still had time to make the case in his own head. Yesterday, the notion seemed otherworldly. Now it beckoned him like a mug of sweet, mulled wine.

Seb curled up in a ball, shrinking into his oversized, over-washed white t-shirt and relishing the warmth. The Signal House’s central heating was working overtime against the enveloping freeze, a hidden apparatus chugging along underneath the surface. Grrrrdddrrrrrrrkukuka. He was surprised when he visited his friends’ homes to discover how cold the other half lived. They would chide him about his need for elevated temperature, joking about the story of the frog who sits in gradually heated water before boiling to death.

Philip Parrish is a novelist living in Worcestershire, UK, with his wife Hollie and daughter Sofia.

Born in Tamworth, Staffordshire, he graduated with a BA in English from the University of Nottingham. Since then he has pursued a successful career as a content specialist in the creative, marketing and communications industries.

Philip’s writing has been recognised with numerous UK industry awards including IoIC Central Editor of the Year awards in 2012 and 2014, an IoIC National Award of Excellence for Best Editor in 2012, an IoIC National Class Winner award for Best News Writing in 2011 and an IPR Cream Young Communicator of the Year award in 2002. He has also led several communication projects that have won awards internationally, including three times at the IABC Gold Quills and twice at the European FEIEA Grand Prix.

His first novel, Game of Life, is a psychological mystery novel that explores the nature of possession and grief. Aimed at the literary fiction market, the novel is influenced by Gustave Flaubert, Graham Swift, Anton Chekhov and the early works of James Joyce. 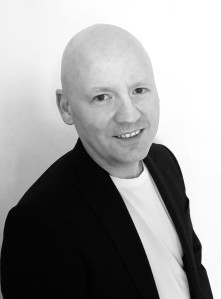