Is Beth Barnes a beautiful con artist or the genuine friend of Evan Morgan, an elderly Welsh chef?

When Evan dies, he hands talented London chef Beth her big break. She has the chance to realise her dream and run her very own restaurant in a village on the wild Welsh Celtic coast. But there are strings attached. Can she comply and gain her inheritance, her dream? Accused of being a gold digger by the family, Beth’s welcome to Wales is not quite as warm as she’d hoped for.

Burned from a recent divorce, the last thing on architect Gareth Morgan’s mind is another wedding. If he wants to realise his development dreams, he must marry.

It’s a strictly business proposal. But can Beth and Gareth really stick to the terms? 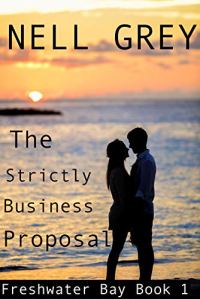 Free at the moment for a limited time

When washed-up Hollywood actor Rhys Morgan chooses life over death, he realises that he can only fight the demons that are destroying him by returning home to Freshwater Bay, on the remote West Wales coast.

Poor life choices and a failing acting career have left Rhys in crisis, considering what he wants out of life and who he wants to share it with. In his attempt to escape the truth, he’s woven himself a tangled web, telling too many lies to too many people, including his one true love. Can he win back the woman who he’s wronged the most?

When struggling jewellery designer Ariana Jones realises that her ex, Rhys The Rat Morgan, is back home, her world is blown apart. As they spend more time together will she be able to resist his charms? And how will she tell him that she loves another man? 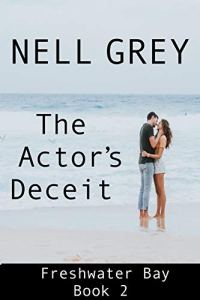 When International rugby sports star Dr Owen Morgan, first sees Alys Edwards, he tells his brothers that she’s the woman he’s going to marry. He’s the team strategist, the playmaker, the psychologist after all, and he always gets what he wants. Unfortunately, pastry chef, Alys doesn’t seem to have read the playbook on this one. She’s living in Paris, enjoying a summer of love with the man of her dreams. So, when Owen Morgan comes into her life, can he win her heart? And will he find a way for them to be together or will they always be just friends? Unexpected career changes test their resolve as life draws them back to West Wales and Freshwater Bay.

Paul Campbell, chef and ex-paratrooper, is ready to move on with his life. When he meets Vanessa Cartwright he’s sure that he’s finally found his soulmate. But how can they both move forward when their past lives are still haunting and holding them back?

When bored newsfeed editor, Jo Mack, decides to go back to her roots, the Queen of Clickbait sniffs out a scoop that will change her life forever. She hopes that it will get her back to the investigative journalism she longs to do again. After talking with some victims of human trafficking she is determined to find out more, not realising that her professional curiosity could well cost her her life.

A one-minute phone call changes everything. It’s impossible for her to return to London. With the help of friends, she finds her a place to stay in Freshwater Bay on the West Wales coast. And how hard can it be living on a farm, spending the summer by the sea, milking cows and looking after a small boy?

Three years on, and Madog, the youngest of the Morgan brothers, is still struggling to cope with the loss of his girlfriend. When his parents decide to take an overseas trip of a lifetime, he’s landed with single-handedly running the farm and caring for his young son. Any extra help around the place would be welcome but will a rude, ballsy city-slicker like Jo Mack cope with the rigours of farm work and Welsh country life? And how will he cope living with her?

As Jo begins to see the glimmer of a new possible future ahead of her, her past comes slamming into her again. It was meant to be a rural escape, but is there really anywhere safe left for her to hide?

Nell Grey is a full-time writer of romance. She lives in Wales with her husband and two children.

When she’s not busy writing, she loves to travel and lived in New Zealand for a few years before returning to the UK.

A successful career in the corporate world; plus time running restaurants, and working in schools, colleges and prisons all make for a rich gumbo of life experiences that help inspire Nell’s work.

When not writing, she enjoys hiking in the Welsh countryside and hanging out with friends, laughing and sharing stories together. And yes, there’s usually wine involved. 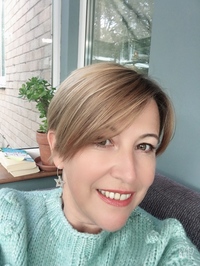