When murder stalks St. Merryn, no secrets are safe…

Set in 1820 Cornwall, Charity Perrow lives a sheltered life in the village of St. Merryn. When she meets and falls for Jethro Ennor, they soon learn their families are bitter enemies, and Charity finds herself torn between remaining loyal to her family and giving into her growing desire for a man they hate.

A village with hidden secrets…

A battle-scarred redcoat is lurking In Greenoak Woods. Struggling to keep his grip on sanity, he’s come home to settle the score with those responsible for the heavy burden he’s been carrying all these years.

When a villager is murdered, the suspicion falls on Jethro. Now Charity must risk everything, including being disowned by her family, to prove his innocence and save him from the gallows.

But as Charity hunts for the truth, she begins to uncover secrets over a decade old—secrets that will change everything. 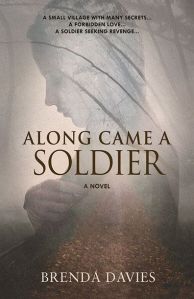 I write in my dining room, even though I have office space upstairs. We generally eat at the kitchen table, so I can leave my mess strewn about and I like to stare out of the window when I’m thinking, and watch the world go by. I usually write in the afternoons. I am not a morning person.

Only with my pens and notepads. I write my first draft using old fashioned pen and paper, then I type it into my Wordperfect doc. I’m addicted to notepads, I have various sizes and I colour co-ordinate for the book I’m writing. Currently, they are all pink, which is odd because it’s not my favourite colour.

I always drink tea, black no sugar. Fruit will be nearby but at some point, I will reach for the chocolate. I’m somehow convinced it helps with concentration and has nothing to do with the fact I love chocolate.

I’d love to write something funny. I think I’m fairly upbeat and I love a good laugh but my writing is always serious, about love or hate, tenderness and violence. I can’t do funny. I have a friend who is by nature, morose but he writes the funniest poems. Strange what happens when you put pen to paper.

What I love are people’s voices, the different ways of speaking, the sound of a voice. I take a voice I like, could be a friend or from the radio or TV, and the character I create will fit the voice I hear in my head.

Always, and I must have one beside my bed because I get so many ideas in the middle of the night. And you now know how much I love notepads.

If I have to pick one, I’d say Sci-Fi but I’m only saying that because I’ve never seen Star Wars.

Ha, I can’t believe anyone would want to do that. I’d co-author with Bernard Cornwell because his historical knowledge is outstanding, and yet his books never read like a history book.

I’d chose France because I have a second home there and it’s where I do a lot of my writing. Nestled in a remote spot of Brittany, the locals have been keen to tell their stories about the resistance during WW2. I’ve been to a place in the woods where local men were shot, I’ve seen the lamp posts where young resistance fighters were hung. My place in Brittany has an ethereal quality, still haunted by ghosts from the past.

Brenda Davies can trace her Cornish heritage back to the 17th century. She loves to indulge her passion of history and all things Cornish by delving into the past and bringing it alive for the reader to experience, which inspired her to write her debut novel Along Came a Soldier. She enjoys whiskey, chocolate, going to the theatre, and losing herself in a good book. She resides in Bristol, England, where she is currently working on her next novel. 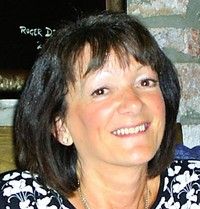