Lady Lydia Barton cannot seem to avoid Owen Wolfe since he returned after being wrongly transported for stealing her family’s jewels! But Lydia has more pressing problems―like her impending arranged marriage. Until Owen makes her father a counter-offer for her hand. Is Owen purely after her society connections? Or does Lydia dare hope that the charming stable boy she once loved is still within her ruthless, wealthy new husband? 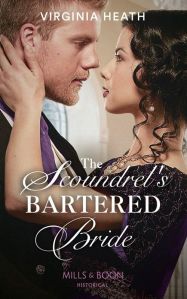 Thankfully, I’m currently under contract for 6 more books with two different publishers, so yes! I’m over halfway through the first book of a new series for Harlequin which should come out early next year. The series is about the bohemian Brookes family who live on the fringes of Regency society. Augustus Brookes, the father, is a famous portrait artist, Roberta the mother a famous soprano and their daughters Faith, Hope and Charity follow in their parents’ creative footsteps. The first story follows budding painter Faith and her dealings with London’s most infamous divorcee Lord Eastwood. My other series is for St Martin’s Press and coincidentally also involves three sisters and I’ve just finished the edits on the fist instalment. The down on their luck Merriwells are on the brink of destitution when the eldest, Minerva, receives an offer she can’t refuse. Never Fall for your Fiancée comes out in Autumn 2021.

Can you start writing a new story immediately after finishing the previous one or do you need a break first?

It depends. If the book is part of a series, I’m usually chomping at the bit to start the next instalment well before the previous one is finished because I get so engrossed in my characters. If it’s a standalone or the start of a new series, then I usually take a break to give my batteries time to recharge. A break for me is normally two weeks— but once a year I treat myself to six blissful weeks away from my keyboard.

Do you prefer researching certain locations or do you like inventing your own?

Again, that depends on the story. Because I write historicals, I often weave real historical events of locations into the plot, so its important to get those details correct. In THE SCOUNDREL’S BARTERED BRIDE, the hero owns a gentleman’s club in Mayfair, so I placed it in Half Moon Street which is a real location. However, because much of that street was destroyed during the Blitz and later rebuilt, I was able to use some artistic licence on the building. I also like to invent country estates or villages to suit the storyline, which I’ve done on many occasions. For example, in my Wild Warriners series, I created a crumbling Tudor estate on the outskirts of the Nottinghamshire market town of Retford.

As I get a feel for the story, a title usually emerges organically and more often than not, my publisher likes it. Occasionally they tweak it or change it altogether to better suit the market, but always with my input. In this case, my working title was The Scoundrel’s Reluctant Bride and my editor suggested ‘bartered bride’ suited the story better than ‘reluctant’, because poor Lydia is effectively sold to the highest bidder.

I’m traditionally published, so unlike an indie author who controls every aspect of the finished book and buys a stock image for their book jackets, I have input into the cover by suggesting scenes or character descriptions which might work, but my publishers organise the covers. The art department takes my suggestions and work closely with the editorial and marketing teams to come up with something that fits. I quite like that. They have a fancy studio, photographers, links to modelling agencies and costumers while also knowing what similar books have looked like so they don’t duplicate things. They also understand the world of publishing and sales far better than I ever could, so I’m happy to trust them!

Do you sometimes get up at night to write because the perfect idea suddenly popped up?

No! Never. But I often spend hours lying awake pondering what to write next. Once the idea is formed, I’m lucky because I have an excellent memory, so never even write it down in a notebook. My writing friends think this is bizarre, because they have hundreds of notebooks whereas I have none— just the stuff stored in my head. Weird, I know, but 18 books in and my memory hasn’t let me down yet.

Captured by her Enemy Knight by Nicole Locke. I love her gritty medievals anyway, but she’s a great friend of mine and dedicated this book to me, so it’s extra special. I can’t wait to dive in!

Do you finish every book you start reading?

I used to try to, but now I don’t. I’ve decided life is just too short to slog through a book I’m not enjoying. Personal reading should always be an escape, not a chore.

Do you always read the blurb before you start reading a new book or do you want to be surprised?

I always read the blurb. Blurbs whet the appetite and make you want to read the book, they don’t tell you the ending.

What makes you choose a book in a bookstore : the catching title, the name of the author, the fascinating cover or a combination?

Author first and foremost—if I’ve enjoyed their work previously. After that, probably the blurb and if I’m still unsure, I’ll read the first page to see if I like the writer’s style or if the hook grabs me. I’m a firm believer in never judging a book by its covers. A wonderful cover is no guarantee of a wonderful story and a bad cover is no indication of the quality of the book. Besides, cover art is a personal taste thing. What appeals to one person, won’t appeal to another, so it makes no difference to me.

When Virginia Heath was a little girl it took her ages to fall asleep, so she made up stories in her head to help pass the time while she was staring at the ceiling. As she got older, the stories became more complicated, sometimes taking weeks to get to the happy ending. Then one day, she decided to embrace the insomnia and start writing them down. Despite that, it still takes her forever to fall asleep. 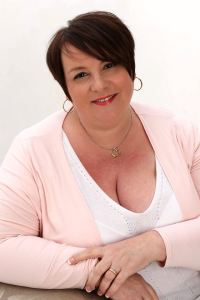