Whitechapel is being gentrified. The many green spaces of the area, which typify London as a capital city, give the illusion of tranquility and clean air but are also places to find drug dealers, sexual encounters and murder…

Detective Sergeant Julie Lukula doesn’t dislike Inspector Matthew Merry but he has hardly set the world of the Murder Investigation Team East alight.  And, it looks as if the inspector is already putting the death of the young female jogger, found in the park with fatal head injuries, down to a mugging gone wrong.  The victim deserves more.  However, the inspector isn’t ruling anything out – the evidence will, eventually, lead him to an answer. 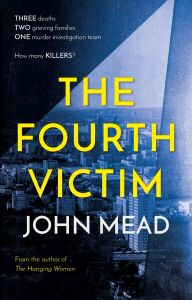 I try to be quite disciplined about this. I will work a six hour day, with a break for lunch and plenty of stops for tea – to stay fresh – and type at least 3000 word, or aim to edit at least six chapters.  Working a four day week – still aiming to keep it fresh and not forcing the pace – I can produce a first draft in six weeks (though I will usually take a week break half-way through – to keep the ideas fresh, of course).  But it is a very rough draft, requiring many hours of editing and polishing to get close to the final version.

I work at a desk, in the corner of our dining room, next to french doors leading out into the garden. It gives me plenty of light, easy access to the kitchen and is relatively quite. I use an iPad with bluetooth keyboard to work on, so will occasionally decamp to a wing-backed armchair in the living room when the mood takes me.

Once I have an outline of the plot (which is either sparked by a location, an event or may take me weeks to come up with) I then allocate a period of a couple of months to write a first draft. I prefer to do this in the winter. After that it is a case of ensuring I have sufficient breaks from working on it so I can always be as critical as possible in revising. Inevitably I tend to have more than one project on the go – not all of them associated with writing.

Keeping hydrated is important, but I have learned to avoid alcohol and hate fizzy drinks. So it’s tea, coffee or water.

Treasure Island is technically the best book ever written. Not a word is wasted, the plot is fast paced, the characters are well rounded and every scene comes to life.  Which is quite a feat.

Though I like anything by PG Woodhouse for his word play and Christopher Hibbert for his impeccable research.

These days I generally read crime fiction – usually police procedurals – and the masters of this genre are Maj Sjöwall and Per Wahlöö who wrote the Martin Beck series.

I started with historical fiction but found it hard to sustain an interest (the balance between research and writing wasn’t right for me) and I am currently considering a political thriller.  However, my interest is in what motivates people rather than writing a particular genre.

Sometimes  someone I come across sparks an idea and at other times I realise a character I have written may remind me of someone.  But, on the whole, I find the characters develop a life of their own – once you have a few basic characteristics defined for a character it is surprising how complex they can become.

I used to and still have the notebook, and occasionally write notes down in it.  But now I use a word document on the iPad to keep notes and an outline of the the plot and characters, etc. Otherwise I just let it just float around in my head – I work on the basis that if it’s good I’ll remember it. But then some of my best ideas never make it to paper as they just don’t fit, or get edited out.

I used to read sci-fi as a child but in those day it was Asimov, Dick, Wells and Clark now it seems a much more shallow genre. Fantasy as allegory is fine but I don’t see why you need to invent wizards and dragons when the real world is so full of wondrous complexity already.

On the whole I tend to think genres are just a marketing tool – good books are just stories about people and life – but marketing is a necessary evil.

Interesting question.  It would have to be someone already established and very famous, someone with a film or TV series already to their name. That way I could simply make the tea, agree to everything they suggest and let them get on with it – leaving me to count the royalty cheques.

I have travelled quite widely and different people and cultures fascinate me. However, I can honestly say that travelling on a bus or train to the local shops fascinates me as well: all those characters, all those lives, emotions and stories – what more inspiration do you need?

John was born in the mid-fifties in East London, on part of the largest council estate ever built, and was the first pupil from his local secondary modern school to attend university. He has now taken early retirement to write, having spent the first part of his life working in education and the public sector. He was the director of a college, a senior school inspector for a local authority, and was head of a unit for young people with physical and mental health needs.

He has travelled extensively, from America to Tibet, and he enjoys visiting the theatre, reading and going to the pub. It is, perhaps, no surprise that he is an avid ‘people watcher’ and loves to find out about people, their lives, culture and history. When he is not travelling, going to the theatre or the pub; he writes.

Many of the occurrences recounted and the characters found in his novels are based on real incidents and people he has come across. Although he has allowed himself a wide degree of poetic licence in writing about the main characters, their motivations and the killings that are depicted.

John is currently working on a series of novels set in modern day London. These police procedurals examine the darker side of modern life in the East End of the city. 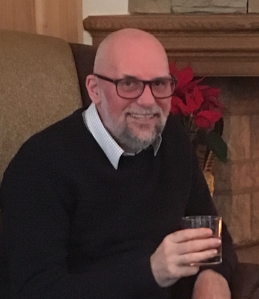