Throughout the series, Christopher and his friends must overcome various despicable foes as they battle with riddles, codes, creatures of the night, deathly spectres and secret orders, as they go in search of Christopher’s missing brother and father.

Within a tall whispering forest, night-time eyes blink in mesmerized wonder at a magical blue spectacle that dances all about them in the silence. So enchanting is this mysterious woodland, that it bewitches all that dare to cross its path.

But as darkness falls and the creatures stir, something else awakens deep within. For under the watchful eye of an unknown foe, a creeping menace ponders the fate of these dancing lights.

Invited to stay with his grandfather, Charlie, over the spring holidays, Christopher, along with his best mate Jason and new friend Poppy, venture up by train to the beautiful landscapes of Scotland. Here, they must unravel the many secrets weaved amongst sacred symbols and enchanting nocturnal lights that are hidden within this magical forest. For they alone hold the key to solving an ancient entrapment of a lost civilization. 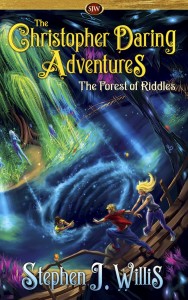 1.When and where do you prefer to write?

I like to sit on my sofa when at him. If I travel into London on the train, I always take my iPad and write something. Otherwise, I enjoy taking my iPad down to Brighton and writing with a sea view.

Nope, nothing sacred, not special pen, quill or good luck charm. I just get on with it.

No. Maybe the odd cup of tea…

There is an idea for a political based thriller in the future — but that is quite down the line.

Occasionally, they are usually composites of many.

No. But I very often narrate into my iPhone ideas and concepts, and sometimes take pictures to help capture a certain atmosphere.

Anything that is crude and degrading, too gory or nasty.

Egypt, as I am fascinated by their history.

For years people would ask Stephen to write-up the various adventures and stories that he would so often recount at social events and parties. The more fascinating the people he had encountered, the more bizarre and exciting the stories would be, and so the more enthralled his audiences would become.

So, to please a friend, that made him promise to write-up one of his more fascinating true stories, he began. After requests for more written works, he finally started on his literary journey.

The first few books were shorts and he experimented with them by putting them on a few websites. Both to his surprise and delight, they were read by over fourteen thousand people. And this, in turn, gave him the confidence to step-up his game and begin writing both novels and novelettes in earnest. 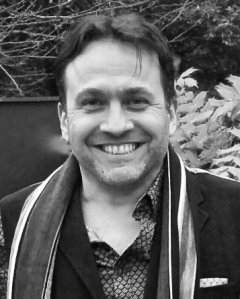