New Year’s Eve. The most overrated night of the year, right? I have to get through a night of enforced fun, drink all the prosecco and talk about new beginnings. But I don’t want new beginnings. I want my old beginning back.

It’s been ten days, two hours and forty-three minutes since Tansy got dumped. Two heartbreaking weeks since Renzo, who made her weak at the knees and dizzy with excitement, found out Tansy’s secret – and ended it on the spot.

Since then, she’s spent every evening scrolling through their old photos, drunk texted him twenty-six times (he stopped reading after five), and lost count of how many packets of Kleenex she’s cried her way through.

That’s where Operation Get Renzo Back comes in. She ropes in a new wing-woman, maxes out her credit card and accidentally-on-purpose bumps into him at every opportunity. Oh, and she finds a fake boyfriend, as you do…

But while she’s busy pretending, Tansy’s plan is thrown a major curveball. She has to learn the hard way that it’s not her, it’s him – and that sometimes, a break-up can end up being the making of you.

I love it when an author writes a book about a small group of friends and makes a series out of it by highlighting a different person in each one. You meet up with old ‘friends’ and in the meantime you get the opportunity to delve deeper in the live of one of them.

How cruel young people can be, but that’s no news. I guess everybody has been confronted with it or heard about it at least. When the victim has been hurt deeply enough, it will put a profound dent in your self-esteem and you will suffer the consequences for a very long time.

Those people will always try to please everybody and blame themselves when something goes wrong. But is it always your fault? Of course, not!! Often it certainly is not you. It’s him.

One day you will meet someone who loves you for who you are and not for who they want you to be. You can pretend for a long time, but it will never make you happy.

It’s not wrong or bad to put yourself in pole position every once in a while.

You can love someone from the bottom of your heart, but you can’t change them. So, it’s only natural to make changes that suit you!

A lovely story that I thoroughly enjoyed. 5 stars.

Sophie Ranald is the youngest of five sisters. She was born in Zimbabwe and lived in South Africa until an acute case of itchy feet brought her to London in her mid-20s. As an editor for a customer publishing agency, Sophie developed her fiction-writing skills describing holidays to places she’d never visited. In 2011, she decided to disregard all the good advice given to aspiring novelists and attempt to write full-time. After one false start, It Would Be Wrong to Steal My Sister’s Boyfriend (Wouldn’t It?) seemed to write itself. Her second, third and fourth novels followed, and The Truth About Gemma Grey was released in summer 2017. Sophie also writes for magazines and online about food, fashion, finance and running. She lives in south-east London with her amazing partner

Hopi and Purrs, their adorable little cat. To find out about Sophie’s forthcoming releases and get access to free books and special offers, sign up to her newsletter at sophieranald.com or 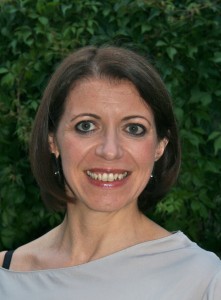