Life, Death and Time Travel on the Glasgow Subway…

When selfish student Daisy trashes her stepdad’s funeral, she gets blind drunk and wakes up on the Glasgow subway to find she has travelled back in time. To make amends for her behaviour, she must save a life—but she doesn’t know who, how, or where to begin. She’ll have to find out fast if she wants to make it back to her old life and avoid being trapped in the wrong timeline forever.

Ross Sayers grew up in Stirling and now lives in Edinburgh. He’s still finding his way around. His debut novel, Mary’s the Name was released in 2017 and was shortlisted for the Saltire First Book Award. He’s currently working on a sequel to one of his books... 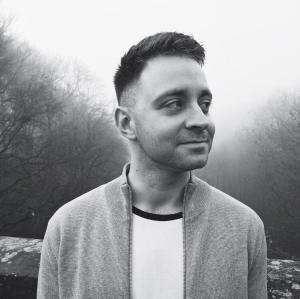