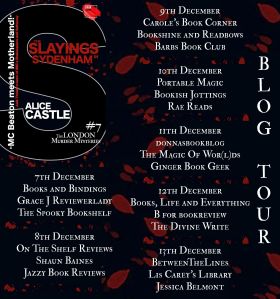 Single mum and super sleuth, Beth Haldane, has been set her most daunting task yet by handsome cop boyfriend Inspector Harry York. He wants her to find them a new home – outside Dulwich! Beth can hardly bear the idea, so when a young estate agent turns up dead, she diverts her energies to nailing the killer instead.

As it turns out, more or less everyone in Dulwich who has ever moved house may have a motive. But do some of the richest residents have an even stronger reason to murder the agent than others? What on earth is up with Dr Grover, head of prestigious private school, Wyatt’s? Does Beth’s uber-mummy nemesis, Belinda MacKenzie, have more reason than usual to be swaggering about the village? And who is sending Beth sinister text messages?

Join Beth for her seventh thrilling adventure amid the mean streets of south London, in The Slayings in Sydenham! 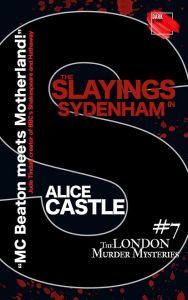 Before turning to crime, Alice Castle was a UK newspaper journalist for The Daily Express, The Times and The Daily Telegraph. Her first book, Hot Chocolate, set in Brussels and London, was a European hit and sold out in two weeks.

Death in Dulwich was published in September 2017 and has been a number one best-seller in the UK, US, France, Spain and Germany. A sequel, The Girl in the Gallery was published in December 2017 to critical acclaim and also hit the number one spot. Calamity in Camberwell, the third book in the London Murder Mystery series, was published in August 2018, with Homicide in Herne Hill following in October 2018. Revenge on the Rye came out in December 2018. The Body in Belair Park will be published on 25th June 2019. Alice is currently working on the seventh London Murder Mystery adventure, The Slayings in Sydenham. Once again, it will feature Beth Haldane and DI Harry York.

Alice lives in south London and is married with two children, two step-children and two cats. 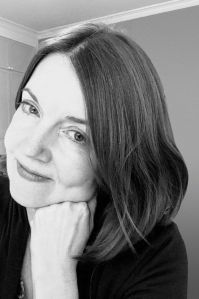