It is 1896. In an alternative history where Babbage’s difference engines have become commonplace, Captain Charles Maddox, wrongly convicted of a murder and newly arrested for treason, is rescued from execution by a covert agency called the Map Room.

Maddox is given the choice of taking his chances with the authorities or joining the Map Room as an agent and helping them uncover a possible conspiracy surrounding the 1888 Ripper murders. Seeing little choice, Maddox accepts the offer and joins the team of fellow agents Church and Green. With help from the Map Room team, Maddox (now Agent Sterling) and Church investigate the Ripper murders and uncover a closely guarded conspiracy deep within the British Government. Success depends on the two of them quickly forging a successful partnership as agents and following the trail wherever, and to whomever, it leads.

An espionage thriller set in an alternative late 19th-century London.

In my study, typing at my computer, preferably at the crack of dawn, thermos mug of coffee to hand and something quiet on the headphones. Though one thing I learnt writing The Sterling Directive was that, for me at least, writing when and where I don’t prefer was key to getting it finished!

Absolutely. Especially when I’m wrestling with a complicated thread of plot or attempting to craft a perfect piece of dialogue.

Joe Abercrombie to co-write a new Culture novel. I think it would take two people to follow in the footsteps of Iain Banks (see below) and Joe Abercrombie is brilliant at crafting a worldwide stage and then populating it with events and characters that really stick in the imagination. Joe Abercombie excels at pithy phrases (“You can never have too many knives”) and he seems like he would be fun to work with and, of course, I would learn so much, after all “you have to be realistic about these things.”

Can I make a bid for somewhere in between – flawed hero maybe in a David Gemmell kind of way?

Iain Banks. He was such an imaginative writer who sadly died in his 50s. He had such a fresh take on scifi novels with his Culture series. The worldbuilding was incredible and some of the language and terminology he invented was straightforward genius – the section of the Culture that contacts planets is called ‘Contact’ for example, and the dubious arm of Contact that gets involved when things go off track is called ‘Special Circumstances’. The way he made characters of the spaceships themselves and the way he named them: Frank Exchange Of Views for a warship or Just Read The Instructions for an exploration ship. His work is full of creative ideas like that which just work so well. It’s amazing to see all the ideas that came out of one writer (which is why I would need to partner up with someone to even attempt to write one).

In bed, on a train and, not nearly as often as I would like, by a pool.

The Sterling Directive is my first novel and until Netflix come knocking (any day now, I can feel it) the day job takes up a lot of time. What spare moments I do have tend to fill up with cooking, trying out craft ale and playing far too much Civ.

Actually that happens pretty much every morning now.

In this case The Sterling Directive was only ever meant to be a placeholder until I thought of a better title but it sort of stuck, and when I finished the book I realised that it was actually exactly the right title. I’m leaving the second book untitled for the moment – I’ll probably wait till it’s finished this time and see what emerges. I give single word titles to all my chapters though, and those I’ll spend hours over to get exactly right before I go on to write the next chapter.

I was lucky enough to be published by Unbound and they arranged a designer as part of the publication process. I sent the designer some ideas about themes in the book, key events and other book covers that I liked, and they came back with three different ideas. The one we went with was a standout for me, then it was tweaking the typeface and adding in a second airship and that was that.

Thank you, Tim Standish and The Coffee Pot Book Club

Tim Standish grew up in England, Scotland and Egypt. Following a degree in Psychology, his career has included teaching English in Spain, working as a researcher on an early computer games project, and working with groups and individuals on business planning, teamworking and personal development. He has travelled extensively throughout his life and has always valued the importance of a good book to get through long flights and long waits in airports. With a personal preference for historical and science fiction as well as the occasional thriller, he had an idea for a book that would blend all three and The Sterling Directive was created.

When not working or writing, Tim enjoys long walks under big skies and is never one to pass up a jaunt across a field in search of an obscure historic site. He has recently discovered the more-exciting-than-you-would-think world of overly-complicated board games. 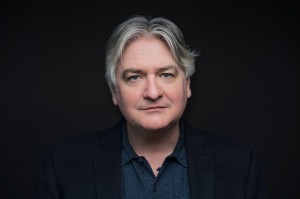