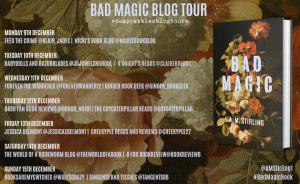 When Richard meets his cousin Amanda for the first time in twenty years, he’s still afraid of her; she bullied him throughout his childhood and sexually abused him when they were teenagers. He owns a struggling art gallery that only survives because his wealthy grandmother pays for it. But now Amanda’s back in his life, things look set to change. She’s out to make trouble, drugging Richard with Rohypnol, faking a burglary and trying to persuade their grandmother to change her will. Richard’s heard a rumour she murdered her mother. Fearing for his grandmother’s life and his inheritance, he decides to give Amanda a dose of her own medicine.

A Room of My Own

Never mind what to write, when and where to write? These are the questions that exercise every author at the beginning of their literary career. I used to think I would potter off to my favourite library, Newcastle’s Lit and Phil (or The Newcastle Literary and Philosophical Society to give it its proper name) and write stories and novels in this wonderful old building. But I don’t, because I can’t write for any length of time on a laptop; it’s literally a pain in the neck and the upper back. And my lower back, come to that.

So I’m stuck with a desktop computer in a small room in my house with a height adjustable desk and a fancy Scandinavian chair to mitigate against bad posture and that continually problematic lower back. The room is important, I call it an office rather than a study because it’s the place where I work. To think about writing as anything other than work is a mistake. It needs time and effort, and I don’t mind the work. What else would I do?

The window overlooks a church memorial garden so, if I swing my chair a little to the right, I have a view of grass and trees, and if I see a magpie (quite often) I call out a salute because I have a residual sense of superstition; I don’t walk under ladders either. In the summer, a local pre-school playgroup lets the children out in the morning and I like to hear them shouting as they play, a welcome reminder of life being lived, the sound being the very opposite of the dark world I seem to put my head into when I’m sitting at the desk.

There is a bookcase with an odd collection of books which are meant to be useful to the author. Amongst these are a few reference books, an ancient two volume dictionary and a copy of Roget’s Thesaurus. It is the latter that I use the most, and leafing through it is often a form of procrastination, although I would rather be diverted by that miasma of words than surfing the internet, which as we all know is a time sponge.

There are other books, of course. The usual dictionary of quotations, the Collected Works of William Shakespeare, which I’ve had since I was eighteen, a biography of Patricia Highsmith which I daren’t read for fear of being completely taken over by her. Isn’t it bad enough that she’s my favourite crime writer, and my literary exemplar?

There’s also a small collection of books about the Korean War, from a quite long period of research I did about the conflict in preparation for a novel, which was abandoned at twenty-five thousand words. It sits there on my hard drive, and a back-up drive, waiting for me to screw up the courage to pick it up again, or to until I face the desperation of being in need of another idea.

There’s a printer for chapter proofs, one for which ink is despatched when some internet spyware decides that I’m running out. It saves scooting round to PC World in a panic because the printer’s run out of ink at a crucial moment.

I would say that the room is often chaotic, things never put back where they belong, and there are pieces of paper of relating to the work in progress. The mess is useful when I’m stuck, because I start tidying up. That seems to help, freeing up the subconscious to work things out. It’s dawned on me that the harder I try to think about things to do a with a story, the blanker the paper or monitor screen looks. Nothing more inhibiting than blank terror, is there?

There are days, trying to start a new story, when I migrate back to the Lit and Phil with a notebook and a pencil. There’s something more tentative about a pencil, less fixed; black ink looks so definite. I sit there scribbling, allowing my mind to wander as I sketch out ideas for novels which I haven’t even decided to start. I’m not in the office, so I’m not at work; I’m playing.

Thank you, A. M. Stirling and Damppebbles Blog Tours

A. M. Stirling has had a varied career as a freelance photographer, an artist with several national and international exhibitions to his name, and an academic. After harbouring an ambition to write fiction for far too long, he completed an MA in Creative Writing at Newcastle University in 2012.

Bad Magic is his first published novel. He lives in Newcastle upon Tyne.