Can love truly heal old wounds? Can the past ever be put peacefully to rest?

Settlement is the sequel to literary romance novel, Displacement, but it can be read as a stand-alone.

Falling in love is the easy bit. Happy ever after requires work, commitment and honesty.

She wants him to be her friend and lover. He wants her as his wife. Can a compromise be reached? Or are things truly over between them?

When former Edinburgh policeman Jack Baxter met crofter and author Rachel Campbell at her home on the Scottish island of Skye, they fell in love. It was a second chance at happiness for them both.

But after Jack proposes marriage, it becomes clear they want different things.

Then, as Rachel prepares to return to the Middle East to work on a peacemaking project that’s close to her heart, and as Jack’s past catches up with him, it seems their relationship is doomed.

Can Rachel compromise on her need to maintain her hard-won independence?

Can Jack survive the life-threatening situation in which he finds himself?

Will they get the chance to put things right between them? 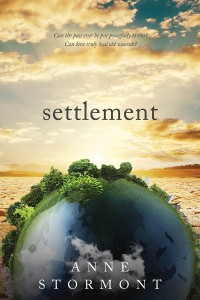 I am happy to share an extract with you. Enjoy!

When I heard what had happened to Jack it was like hearing about the death of my son all over again. Although, when Finlay died, there’d been no uncertainty. He was definitely gone, blown up by an IED while serving as a Royal Marine Commando in Afghanistan. But with Jack no-one seemed sure at first. He’d been shot, that much was certain, and he was on his way to hospital with terrible injuries.

I’d only got back a few days before. I’d been away for three months working in Israel and Palestine, and I’d expected Jack to be at home on Skye when I returned. He hadn’t told me he’d taken a job with the Historic Crimes Unit in Edinburgh. But then that wasn’t surprising as he’d broken off contact while I’d been away.

I wanted to go to him right away. But it was night time. He was in Edinburgh and I was hundreds of miles away on Skye. I was persuaded to wait until morning.

I went to bed but I didn’t sleep. My body was flooded with adrenalin and anxiety, my head still full of questions, confusion … and Jack Baxter.

What was it that was troubling him so much during the months leading up to me leaving? Why wouldn’t he talk to me about it? And why would anyone want to kill him?

Was what had happened to him down to me? Had he taken the job in Edinburgh because he believed things really were over between us?

Why had it gone so wrong?

Why could he not support my return to the Middle East? Couldn’t he see how important my work is to me? Why couldn’t he trust me?

And when I couldn’t bear the circling questions any longer, I tried to focus on the things I was certain of. Things like not only had he saved my life, but he’d help make it so much better. Things like how much I loved him and wanted to be with him. And that although my work on the croft, on the

children’s books, and on this new Israel-Palestine project meant a lot to me, without Jack there’d be no joy in any of it.

I was also certain that I should have tried harder to put things right.

And I was distraught that now it seemed I wasn’t going to get the chance.

Thank you, Anne Stormont and LoveBooksGroup.

Anne Stormont writes contemporary romantic fiction where the main characters are older but not necessarily wiser. She hopes the stories she tells will entertain, but she also hopes they will move, challenge and inspire her readers. She has written three novels so far – Change of Life, was her first. This was followed by Displacement and its sequel Settlement.

Anne is a Scot, living in the land of her birth. She’s a retired teacher and when she’s not writing, she’s a compulsive crossworder, yoga practitioner, avid reader, keen walker and gardener. She also loves spending time with friends and family – especially her two grandchildren.

Anne has travelled all over the world and has visited every continent except Antarctica – somewhere she really should go considering her penchant for penguins.

She can be a bit of a subversive old bat, but she tries to maintain a kind heart. 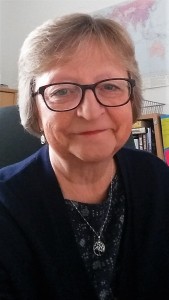