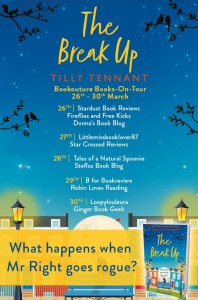 Lara doesn’t have a back-up plan. So when her safe-bet boyfriend Lucien dumps her for her best friend, Lara’s world implodes. Life after the break up stretches bleakly ahead, lonely evenings on the sofa with only a bottle of wine and her grey cat Fluffy for company…

Down the road, Theo loves his job as a jazz musician, giving other people great nights out before coming home in the early hours and unwinding with his loyal cat Satchmo.

What they don’t know is that it’s the same cat.

And when they find out, standing in the streets in their pyjamas, both on the hunt for their lost pet, sparks of the wrong sort fly.

Lara can’t deny that Theo is one of the most gorgeous men she’s ever met, but she can see exactly why he’s still single. They do say opposites attract… but is she ready to move on? And when Lucien comes back into the picture, will she be tempted back to her life before the break up, or risk everything on the chance of something new? 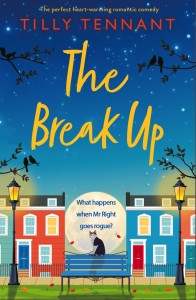 This book is about a cat, but not just about a cat. It’s more what the cat does and the consequences that are the start of this great story.

When you went through something devastating, an animal can often give you the comfort that you need.  At that moment it feels like he is the only one you can trust and the only one that stands by you. In return you would go through tick and thin for him.

After a period of grieve, it’s time to turn things around. Everything works out, but Prince Charming is still missing. Sometimes you need a little help from your friends. This time it’s a furry friend that makes wishes come true.

I love weddings and I was in for a treat here. There were parts that broke my heart and parts that made me smile.

Every cloud has a silver lining and even if those clouds sometimes are very grey and filled with a lot of rain the sun will always break through to warm your heart and fill it with love. 5 stars

Thank you, Tilly Tennant and Bookouture

Tilly Tennant was born in Dorset, the oldest of four children, but now lives in Staffordshire with a family of her own. After years of dismal and disastrous jobs, including paper plate stacking, shop girl, newspaper promotions and waitressing (she never could carry a bowl of soup without spilling a bit), she decided to indulge her passion for the written word by embarking on a degree in English and creative writing. She wrote a novel in 2007 during her first summer break at university and has not stopped writing since. She also works as a freelance fiction editor, and considers herself very lucky that this enables her to read many wonderful books before the rest of the world gets them.

Hopelessly Devoted to Holden Finn was her debut novel; published in 2014 it was an Amazon bestseller in both the UK and Australia. In 2016 she signed to the hugely successful Bookouture and is currently working on her next Tilly Tennant novel. She also writes as Sharon Sant, where she explores the darker side of life, and Poppy Galbraith, where things get a little crazier. 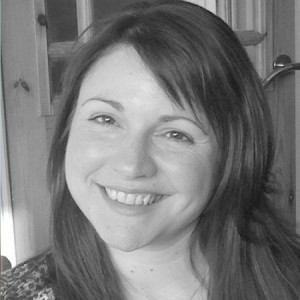