In the 1950s, in the aftermath of World War II, five American families moved to Ecuador, determined to take the Christian gospel to a pre-Neolithic Amazonian tribe they called “the Auca.” The Waorani (proper name) were just as determined to maintain their isolation, and killed the missionary men at their second meeting. Four of the wives remained in Ecuador and one, Elisabeth Elliot, went further into the rainforest with her three-year old daughter to live with the Waorani.

Joan Thomas’s fictional treatment of this incident explores themes that are both eternal and immediate: faith and ideology, autonomy and self-protection, cultural understanding and misunderstanding, grief and doubt, and isolation. Five Wives rises out of immaculate research, including a visit to the ruins of the Elliot house in Ecuador, and out of the author’s own experience with the thinking and imperatives of evangelical missions. The novel sinks into the points of view of characters who are bound by past choices, yet make their own personal bargains in the midst of a crisis.

Joan Thomas’s fourth novel Five Wives won Canada’s prestigious Governor General’s Award for Fiction. Described by the Globe and Mail as “brilliant, eloquent, curious, far-seeing,” it is an immersive dive into a real event, the disastrous attempt by five American families to move into the territory of the reclusive Waorani people in Ecuador in 1956.

Joan’s three previous novels have been praised for their intimate and insightful depictions of characters in times of rapid social change. Reading by Lightning, set in World War 2, won the 2008 Amazon Prize and a Commonwealth Prize. Curiosity, based on the life of the preDarwinist fossilist Mary Anning, was nominated for the 2010 Giller Prize and the IMPAC Dublin Award. The Opening Sky, a novel about a family navigating contemporary crises, won the 2014 McNally Robinson Prize and was a finalist for the Governor General’s Award.

Joan lives in Winnipeg, a prairie city at the geographical center of North America. Before beginning to write fiction, she was a longtime book reviewer. In 2014, Joan was awarded the Writers Trust of Canada’s prize for mid-career achievement. 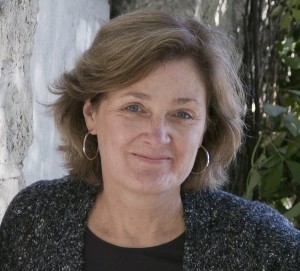