The queue is long, but that barely matters. She is used to waiting. For the midnight knock at the door, for her number to be called, for the next meal of watery soup, the sound of a gunshot… Sustaining her through every moment of waiting, there has remained the tiniest flicker of hope: her daughter Rosa’s face, eyes bright and expectant, arms outstretched.

Germany 1945: Miriam has travelled for over two weeks to reach safety. Exhausted and hungry, she knows she is still one of the fortunate ones. One of the few to survive the camps. Having lost her darling husband and son, the only thing that has kept her walking was the promise of finding her daughter, Rosa.

As she arrives at the checkpoint, she is told it is closed for the day. But in her mind Miriam can hear her daughter’s voice: Be strong, stand up to them. Don’t let anyone bully you, Mum. Standing tall, she comes face to face with the guard and refuses to leave until they help her.

When Miriam is introduced to an English officer named Jack, she describes how, fearing the Nazis, she and her husband sent Rosa to England to marry. It was not a marriage of love but of survival. Now, Miriam needs the officer’s help: if she is to be reunited with her beloved daughter, he will need to help her travel to England.

But as Miriam begins to describe Rosa, there is a look of recognition in Jack’s eyes. As he listens to her story, he is transported back to an unforgettable English summer, to secret picnics in the long grass, and to a love that shaped the man he became. Will Jack now risk everything help Miriam make the biggest journey of all, back to her daughter and her freedom?

Liz Trenow’s latest novel, Searching for my Daughter, is the heartbreaking story of a refugee seeking her only daughter after the devastating disruption of WW2, with powerful resonances to today’s refugee crisis in Ukraine.

‘Masterful storytelling, immersive locations, and characters that inhabit your heart from the first page’ – Gill Paul, author of The Manhattan Girls

Liz Trenow is a former journalist who spent fifteen years on regional and national newspapers, and on BBC radio and television news, before turning her hand to fiction. Her previous novels are The Last Telegram, The Forgotten Seamstress, The Poppy Factory (All the Things We Lost in US), The Silk Weaver (The Hidden Thread in US),In Love and War (The Lost Soldiers in US), Under a Wartime Sky (Our Last Letter in US) and Secrets of the Lake. She has been published all over the world and her books have been New York Times and USA today top 20 best sellers 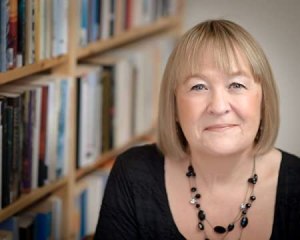