Living alone and forgotten by almost all those he loved, life does not seem to have much in store for a depressed writer. That until one day, when a mysterious apparition from outside the physical world decides to show him new ways of thinking through intelligent and sometimes humorous observations that challenge the status quo, which will bring change to his life forever. A change that, as he will soon learn, comes first and foremost from within himself. About the Author: The author has had his fair share of life disappointments and obstacles, which inevitably led to him questioning human relationships, society and even life itself. In an effort to regain control over himself, he resorted to reading books on psychology, spirituality and self-improvement and as a result, his own philosophy of life was born, which he would adopt and follow forever since that moment. A philosophy comprised of ideas the author wishes to share with others through the creation of this book. 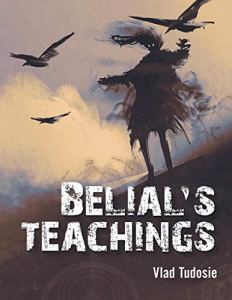 That particularly fateful day, I was out of ideas. The only things I had ever thought were mine
were slowly leaving me desolated, desperate as I struggled to wipe the haze binge drinking
from the night before had left upon my ‘brilliantly philosophical’ mind, as Mrs. Kowalski
enjoyed describing it. I decided to take a walk around the room, which was at that time the only
form of fitness I knew, in hopes that the blood flow to my brain would improve sufficiently for
me to come up with a breakthrough concept to write about. I couldn’t bear the thought of
losing the only job I could ever take, not because I was so passionate about what I was doing,
but out of fear of not affording the alcohol and illicit substances that kept the illusion of nightly
euphoria alive for me. Life felt like enough of a burden for me and now I was facing the
prospect of not even being able to trick myself into thinking otherwise. As a young boy, I would
always judge people around for drinking, smoking or taking various pills to enter a state of
lethargy which they deemed enjoyable. I thought they were trying to act cool in front of their
peers. Little did I know back then about what one may feel deep inside, hidden from the
superficial level of eyesight and general, everyday perception. All human beings, good or evil,
rich or poor, smart or average, are fragile and break easily when confronted with repeated
disharmonies in one of the most natural things on earth, human bonds. These same, broken
individuals then cast their anger onto other untainted souls, trying to gain some sort of superior
position in relation to them, thinking they would feel better by pumping their image in relation
to another’s, until they realize they’ve just made their lives, and others’, worse. And so, the
spiral keeps following a downward pattern, until all we’ve got as a species is hurting each other.
After a 10 minute walk around the room which left me exhausted and had probably depleted all
of my energy for the day, I collapsed into my chair, supporting my head on my desk, slowly
drifting into a state of acceptance which was quickly followed, as I reckoned it would be, by a
mix of anxiety, denial and outright terror. The feelings of fear and sadness have a habit of
feeding upon themselves. You just cannot get rid of them, you must let them consume you in
order for them to be consumed. Trying to resist only leads to a build-up. As you think they are
going away, a bigger wave filled with such emotions hits you, until the only option left is to
drain their vessel of energy, yourself, with a scream, a punch in the walls, or perhaps allowing
your inner baby to release its tears.
No matter how hard I tried, I could never bring myself to a state of inner peace. A few years
before, I had assumed that learning to control my anxiety would add to my well-being and
improve my socializing abilities. Thus, my decision to resort to meditation. Yet, there was
something about the stillness such an activity inferred that only made me delve deeper into my
stormy sea of thoughts. Perhaps there was something I was doing wrong, perhaps the type of
meditation I had chosen was not suitable for my needs, or perhaps it was bullshit and would
have never worked anyway. I couldn’t even imagine standing face to face with a human being,
let alone actually get out of the house and find a yoga instructor to help me figure this whole
thing out.
After the vortex of negative emotions subsided, I decided it was time for an 8 hour slumber that
would, in my idealistic opinion, refresh me fully and turn me into the lean, mean, fiveparagraph-article writing machine that I was.

Just a pharmacy graduate who spent one year of his studies being dedicated to his writing project. Could be because pharmaceutical chemistry just wasn’t interesting enough, but it’s more likely a result of finding a very special way of expressing thoughts and feelings in making a book, and wanting to share them with others 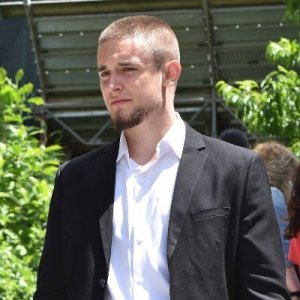