Her numb fingers scrabble over upholstery, over metal, over glass, searching for a way out. Water stings her eyes as she’s dragged downward, clinging to her last breath as she’s absorbed into the cold dark below…

When Gloria Carmichael’s body is found broken and bleeding on the sidewalk just days after knocking on Detective Charlie Winters’ door begging for help to locate her father’s will, Charlie’s instinct is confirmed: her latest case is about more than just a simple family feud.

The Carmichaels are famous in Salem Island for their large family and charitable work, but, moments before she died, beautiful, trustworthy eldest daughter Gloria called Charlie to say she had uncovered a terrible secret that would break the mystery of her father’s death wide open.

With the voice of her murdered sister ringing in her ears —pushing her to risk everything to bring justice to the innocent —Charlie takes matters into her own hands. She won’t let another family break apart like her own, and she knows the answers she needs are hidden somewhere inside the Carmichael home.

But as Charlie races to confront her main suspect—a file containing evidence that will devastate the Carmichael family on the car seat beside her —she’s rammed off the road and over the edge of a nearby cliff. Fighting for breath in a sinking car, Charlie has to survive or other innocent lives will be taken. Everyone involved is keeping secrets, but only one twisted soul is prepared to kill to keep theirs… 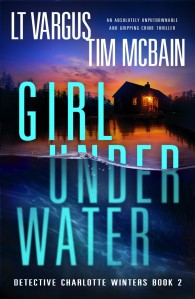 I have the impression that more and more female main characters are featured in crime stories/thrillers. Of course there was the great Miss Marple many moons ago, but afterwards it seemed to me like men were taking over. I have nothing against men obviously but it feels good to see all those ladies in leading roles.

Those ladies are certainly forces to reckon with. They have a goal and that’s were they are headed, no matter who or what crosses their path.

In this series it’s Charlie (Charlotte), a PI, who is determined to show the perpetrators the fastest way to prison. Men or women, young or old, she makes no exception. Off they go. 😊 If she has to deal with a few attempts on her life fist, so be it. Nothing is going to stop her. I almost feel sorry for the baddies crossing her path. 😉

This time Charlie will find herself in very choppy waters, but even those won’t drag her under.

If you want a array of emotions, this is the book for you. I enjoyed it a lot. 4 stars.

L.T. Vargus and Tim McBain are the authors of the Violet Darger series and The Scattered and the Dead series among others, which have collectively tallied over a million downloads. Their book, Dead End Girl, peaked at #3 in the US Kindle charts and has remained in the top 10 in multiple sub-categories since it was published in 2017. 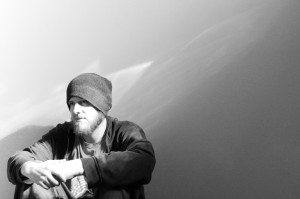