Dirty Pictures, Secret Wars And Human Beasts – Detective Maier Is Back To Investigate The Politics Of Murder

The third Detective Maier mystery is a taut and crazy spy thriller for our disturbing times.

Today the author talks about politics and cirme fiction. Enjoy!

A while ago, I had a conversation with an American book reviewer about politics in crime fiction. He felt that overt political messages do not belong in the genre. I felt that covert or subconscious political leanings are part and parcel of all fiction. Think of Dennis Lehane’s Mystic River in which a sex abuse victim is suspected by his oldest friend to have killed his daughter. Eventually, the friend kills the sex abuse victim, just before the real killers of the girl are caught. All good and fine, but the killer gets away with it and the cop who knows about it, another childhood friend, buries it. In the hands of right-winger Clint Eastwood, the story became a propagandist tract on not only casting the vulnerable in society aside, but on finding peace with doing so, on a societal level – essentially Republican, but also very much in tune with how the entire political elite in the US has been selling its narratives for decades.

In the 50s and 60s, several crime fiction authors, all remembered today, wrote on the other side of the political divide – Chester Himes wrote about the challenges African Americans in the US faced, Jim Thompson wrote about underdogs and was a member of the American communist party. John D. McDonald wrote about environmental destruction in Florida long before the environment became center stage in our lives, and Ross McDonald wrote about those who were abused by their families, with a sympathetic eye for anyone who’s had their self-confidence zapped. More recently too, some crime writers have championed the causes of underdogs, not least Stieg Larsson with the creation of his character Lisbeth Salander.

As the USA drift further and further away from the moral framework it created, and in any case, was never quite part of, as people are becoming more anxious about the future, it’s clear why Lee Child’s Jack Reacher series is so phenomenally successful. It serves to comfort us by suggesting the horrors we have created are resolvable with a bit of vigilante action. When we start reading, we already know the bad guys will be pulped and most of the good guys will survive, be saved or rehabilitated. But neither Reacher nor James Bond nor Spiderman are around to teach us anything about the real world. They are around to make us forget that the darkness in our hearts is always there, ready to rise to the surface. As such they are formidable. But as a genre, crime fiction can offer so much more.

My latest novel, The Monsoon Ghost Image is a typical espionage caper. Narrative and characterizations follow traditions that will be immediately familiar to readers of crime fiction. But at the heart of my story lies the US’ extraordinary renditions program, the kidnapping and torture of Muslim terrorist suspects in the wake of 9/11. Detective Maier, and every other character in the book faced with the Americans’ inhumanity, is forced to recognize that they are but cogs in a giant cruel wheel that keeps on turning. As such they are placeholders for all of us, who within our modest means, have to make choices on how to react to government overreach, exploitation, environmental degradation, racism, sexism, misinformation, nationalism and constant war. That’s hardly comforting, but it’s damn interesting.

Thank you, Tom Vater and RachelsRandomResources.

Tom Vater has published four crime novels and is the co-owner of Crime Wave Press, a Hong Kong based crime fiction imprint. He writes for many publications including The Wall Street Journal, The Daily Telegraph, CNN and The Nikkei Asian Review. He is a best-selling non-fiction writer and co-author of the highly acclaimed Sacred Skin (www.sacredskinthailand.com). 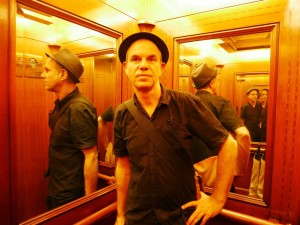