On his eighteenth birthday, Elaine Carr’s son Nicholas disappeared in the woods near his home. He hasn’t been seen since.

Now, nearly a year later, private investigator Andrew Hunter is on the case and convinced that Nicholas remains alive – but in grave danger. He asks the teenager’s former girlfriend for help, but she’s defensive and cagey, and hiding a curious tattoo on her wrist.

When Andrew discovers a mysterious book in the missing boy’s bedroom, he begins to uncover the secrets Nicholas was keeping in the months leading up to his disappearance. But Andrew is forced to ask his ex-wife, Keira – the woman he still loves – to help him finally understand the book, and to discover exactly what happened to Nicholas all those months ago…

Can Andrew find Nicholas alive, or is he already too late to save him?

I used to read blurbs before I start a book, but since a few months I don’t do this anymore. I suppose you might wonder why. Well, it’s very simple. By reading them I often had formed an idea in my head which way I wanted the story to go and sometimes, when it went the other way, I was not happy. Now I choose my books based on authors or on covers or titles or a combination of the above. Because, it’s the authors fantasy we are reading and not our own, isn’t it?  So I have decided to follow the authors lead, sit back and enjoy it with an open mind.

I have to say I am very happy that I picked this book. I had already read one by this author and I was pleasantly surprised. It was a different kind of story but equally entertaining and gripping.

In this book the author not only takes us down memory lane in order to give us some background information about both main characters, which is very important in a new series. Although the case that has to be solved is very serious, the author has added some humour as well. Some people might say that those two emotions do not mix, I really like it. If you add to this mix another subject I am fascinated by (which I am not going to reveal, sorry), I suppose it’s rather clear how I felt about the book.

I hope I piqued your interest and convinced you. I can hardly wait to see what happens next. 5 stars.

Kerry Wilkinson is from the English county of Somerset but has spent far too long living in the north. It’s there that he’s picked up possibly made-up regional words like ‘barm’ and ‘ginnel’. He pretends to know what they mean.

He’s also been busy since turning thirty: his Jessica Daniel crime series has sold more than a million copies in the UK; he has written a fantasy-adventure trilogy for young adults; a second crime series featuring private investigator Andrew Hunter and the standalone thriller, Down Among The Dead Men. 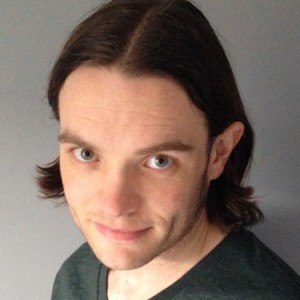