‘I took you, Becca. You’re not my daughter.’

Since Becca Wall’s mother was diagnosed with early-onset Alzheimer’s, every day Becca loses a little more of the loving, caring mother who would do anything for her only daughter. But when one day Nancy Wall confesses that Becca is not her child, Becca’s world falls apart.

Becca tells herself that the words are just a cruel symptom of Nancy’s illness; after all, she has her birth certificate, and pictures of herself as a newborn along with her Mom, Dad and older brother, Danny. Becca tries to forget, to get on with her life – until the day the police question her about the whereabouts of a missing woman, Katie Collins.

Katie has disappeared without a trace, telling her husband that she is leaving to find Rebecca Wall. But Becca doesn’t know Katie, so it’s a case of mistaken identity – isn’t it? But as Becca discovers why Katie was desperate to find her, the lies that Becca has always believed come crashing down. Soon, it’s clear that someone knows the truth – and that they’ll stop at nothing to keep their secrets…

When you read the title of this book, you see that it’s something that does not add up. How can a strangers be familiar I see you thinking (just as I did 😉 ), but afterwards you will realize it is possible and in my opinion a perfect match to the content.

Becca, the main character does not know what is happening in her life and I love the way the author has created this character. She is all over the place which shows the reader cleary how she is feeling. You can describe it of course, but to me by doing it this way it makes it more real and you feel more connected to the story.

Once again I did not suspect the culprit at all. I had somebody totally different in my head. When an author can ‘fool’ me like this, it means she wrote a very good story.

I have to admit when the plot is revealed, the murderer has made a lot of not so clever decisions, Although clever enough to mislead the police. On the other hand those mistakes are,of course,  also the reason they were caught and no innocent people were put in jail.

The author has filled this story with lies, deceit and secrets. 4 stars.

Thank you, Jackie Walsh and Book On The Bright Side Publicity & Promo
.
About the author

Jackie Walsh lives in Dublin with her husband Paul and dog Layla. After years spent building her own business, she decided to take time out and pursue her interest in writing. With a lot to learn, she spent years attending classes and writing groups, going to festivals and launches, writing and rewriting, until eventually sending her words out into the world.  Now she is thrilled to have landed a publisher. Especially Hera Books, a new company headed by two women who have years of experience and love a good story.

Jackie is a member of the Irish Writers Centre, The Irish Crime writers group and proof that perseverance can work. 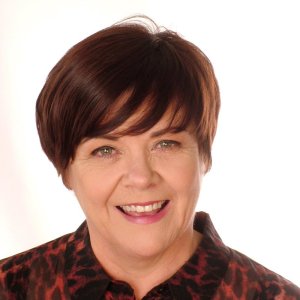