Sometimes first impressions are far from the truth…

Nina Darwish is a scientist who likes to proceed with caution and careful deliberation. When she arrives at the party destination of Ibiza to play PA for her best friend and international pop sensation Isla Starr, she has trouble adapting to the carefree and easy-going vibe on the island. The situation isn’t aided by Isla’s seemingly surly yet irritatingly attractive music producer, the world-renowned dance DJ Logan Wild, known by his real name—Cameron—to his friends. Plus, Nina’s run-ins with, and repeated rebuttal of, an extremely entitled and very annoying male singer named Zac don’t help to aid her mood.

Unbeknownst to Nina, Cameron remembers her from the past, when he was a geeky student who admired her from afar. Unfortunately, it’s clear that Nina considers him ill-natured, no doubt due to his natural awkwardness, which he masks using a stage persona. However, even if that weren’t the situation, he’s involved in a dead-end relationship with his celebrity girlfriend Ash. Plus, Nina’s eye appears to have been drawn onto Ash’s no good ex-boyfriend, Zac, therefore there’s no point in believing anything could ever happen between them.

But despite all of that being the case, for some reason, he just cannot stop thinking about her.

Did you ever have a female friend who you loved to bits and who you thought loved you in return, only for them to drop you like a hot potato when some mediocre guy paid them an iota of attention? Or perhaps they said or did something to humiliate you in front of a man, in the hope of garnering a little attention from him? These are situations I think we all experience in life and it took me until my fourth decade to realise that those kinds of behaviours are rooted in internalised misogyny. To be honest, it took me until then to discover that the concept even existed.

In Sun, Sea and Summer Vibes, Nina’s best friend is Isla and we get the sense that Nina has been there for Isla through thick and thin. But Isla is struggling with her self-esteem and when a good-looking guy named Zac comes along, Isla abandons her best friend in favour of him, despite his arrogant and toxic nature. Isla is also quick to judge Zac’s ex, Ash, and this seems to stem from her jealousy that Ash used to be involved with Zac.

Internalised misogyny is a societal phenomenon and something that affects all women to some degree. It’s the contempt for, or prejudice against, other females and tends to be a subconscious issue. We don’t even realise we’re displaying it. Some of the ways It can manifest include women feeling in constant competition with other females for the favour of men, believing gender bias in favour of men, and innately mistrusting other women.

Did you ever take the comment “you’re not like other girls” as a compliment? I know that I did in the past. Now I know that this is a sexist term, someone saying that they hold your gender in such low esteem that you only just scrape into being acceptable. Plus, the person in question is usually saying it because you aren’t displaying any overtly feminine qualities, as if femininity is something disgusting and unworthwhile, something to be ashamed of—it certainly is not.

I realised not too long ago that reading romance often falls into this misguided category of something labelled as ‘feminine’ and therefore unworthwhile. It means that some romance readers can suffer an innate sense of embarrassment about reading their preferred genre. They can feel as if their reading material isn’t credible. Again, this isn’t true. Romance creates vivid characters, places, relationships and emotions that make us both laugh out loud and turn into sobbing wrecks. It takes skill to create those stories and they live with people for a long time. And while we’re on the subject, why is romance seen as being feminine anyway? Men are involved in romance too whether it be male/female or male/male romance and romantic storylines are featured in some manner in most genres of books, TV, and film that are deemed ‘masculine’.

Do you see images or footage of a beautiful woman and suffer an urge to find something negative about her appearance? Something that will unpick her perfection? What does doing this achieve? It doesn’t help our own self esteem. It doesn’t change our own appearance or imperfections. It’s something that we are subconsciously taught to do.

In the end, Isla comes through for Nina. Like all women, she isn’t perfect. But that’s okay, we don’t need to be. We all have light and shade and our loved ones cherish us despite our faults. As women we should hold each other up. Don’t berate another woman because her crown isn’t straight, tell her she is fierce and beautiful anyway. Each time we do that, our own crown straightens that little bit more.

Growing up, Zoe Allison loved stories about falling in love. But rather than being rescued by a knight in shining armour, she imagined herself fighting dragons alongside him, battling supervillains as heroic allies, or teaming up to dive into perilous waters in order to save a loved one from drowning. Once Zoe did grow up, she became a doctor. But as time went on, she craved a creative outlet to counter the soul sapping burnout that her career inflicted upon her, and also to achieve those happy endings that were so often lacking in the real world. She wanted heroes who truly love and value women, who find their true love inspiring, are fascinated by her, want to connect with her as a soulmate and fully open themselves to her on an emotional level. And so, Zoe began to write her romances.

A Zoe Allison novel promises a heroine who is not only her hero’s equal in ability and intellect, but whose hero equals her in emotional intelligence. Her characters overcome conflict infused with spine tingling sexual tension to forge a deep connection as soul mates as well as lovers, and ultimately, they both rescue each other emotionally. Even if they might begin their journey as enemies… 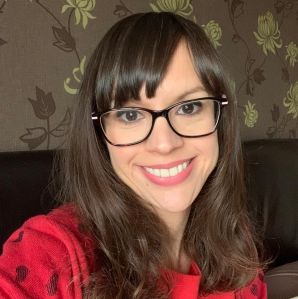