A captivating story of love, mystery and hope

Two love stories separated in time. Two women following their dreams. In a paradise littered with painful secrets, will love turn the tide?

1973. Cecilia “CiCi” Freemont has a restless soul and the voice of an angel. Leaving her privileged upbringing behind, she chases her dreams to the sandy beaches of an unspoiled Hawaiian paradise, Harbor Island. But life takes an unexpected turn when she falls for the island’s young heir-apparent and her newfound adventure becomes too much to bear…

2017. Investigative journalist Tina Templeton has dedicated herself to the pursuit of truth. But when she inherits Harbor Island, her career plans take a confusing twist. Managing the sprawling island estate is tough business even with the help of aging cabaret singer, CiCi Freemont. Especially when a massive ecological disaster threatens to destroy her beautiful beaches—and the responding coast guard captain steals her heart.

As the investigation into the disaster reveals a 40-year-old mystery that could change their lives forever, will Tina find love among the secrets, or will CiCi’s painful past dash her dreams on the rocks?

Island of Secrets is an epic love story. If you like generations-spanning drama, characters with hidden pasts, heart-warming romance and intrigue, then you’ll love Diane Demetre’s powerful romantic mystery in paradise.

In 1973, Cecilia Freemont finds herself on an adventure of a lifetime on Maui, except today isn’t going so well.

For a day that had started out so right, she had no idea how it went so horribly wrong. She’d rather be struck blind, than dumb. But no. Like the mute village idiot, Cecilia stared in disbelief at the scene playing out in front of her. Right there. In broad daylight. This can’t be happening. Yet it was. She wasn’t imagining it. Her skin crawled. The tiny hairs on the back of her neck jabbed like cactus needles, torturing her to say something, anything. But, how could she? The moisture in her mouth had evaporated, instead replaced by a desiccated salt lake. In this, her hour of need, her traitorous body abandoned her.

Infuriated, she looked away. The morning sunlight glittered across the rolling waves, and she wondered how in the most beautiful and romantic place on earth, her world could fall apart right in front of her eyes. Literally. But she would not embarrass herself. No. She would not rant and rave. Instead, she remembered what her mother had drilled into her from an early age. “Cecilia, a woman must remain dignified no matter the circumstance. Only then can she achieve great things.” And as much as she’d distanced herself from her controlling, protective parents over the past five years, some of her Pacific Heights’ upbringing remained. But more than her upper-class background, she would not lose her cool in front of the Brotherhood — the small band of free-loving, pot-smoking, flower-power hippies with whom she’d spent the last month living an alternative lifestyle. No, this will not break me. I am more than this. With jaw set and lips pursed, Cecilia silently repeated her self-love mantra as she glowered at the horizon.

Decision made, she folded her legs beneath her and sprang up with the force of a freed jack-in-the-box. God, she hated those toys. They had scared the hell out of her when she was a child. Even accompanied by a loud harrumph, her animated impersonation of one of those hideous little dolls had little effect on those beside her. With a determined push, she slid her sunglasses high on her nose to hide the threatening tears. She reached down and tugged her sarong around her bikini-clad body, then hefted her fringed leather tote bag onto her shoulder. Inside amassed all her meager worldly possessions. Another pair of sandals, some colorful skirts, pants and blouses she’d bought from second-hand shops, a collection of shell-and-bead jewelry, a few basic toiletries and the remainder of her cash. Her parents would be mortified to know how she was living. But as she’d informed them when she’d left, it was her life, not theirs.

Thank you, Diane Demetre and RachelsRandomResources.

Diane began her career as a school teacher before moving into the entertainment industry as a choreographer, director, event manager, dancer and actress, working in television and live theatre, and managing multi-million dollar productions. Following her onstage career, she spent many years as a stress & life skills therapist, keynote speaker and presenter, appearing on national radio and television. When she launched into a writing career, Diane’s debut erotic romance series, the Dance of Love was voted Luminosity Publishing Readers’ Choice Best Books and Best Covers for 2015 and 2016. Her romantic suspense, Retribution won the Romance Writers of Australia Emerald Pro Award 2017 for Best Unpublished Manuscript. Diane loves to write genre-busting stories with a twist. Her works are packed with emotional punch and feature empowered heroines who live life to the fullest, much like the author herself. 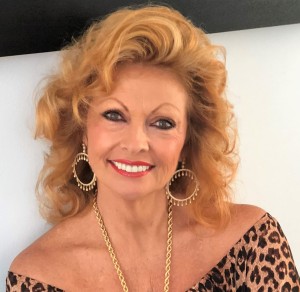