Detective Carrie Flynn has spent twenty years searching for her little sister, who was kidnapped and never found. The worst part for Carrie is that she was with Hattie on that hot summer day. Carrie saw her sister’s abductor, but she was just a little girl herself, and remembers nothing. She will never forgive herself for letting Hattie down.

When the chance came to join the police force, Carrie didn’t hesitate. She would solve missing person cases and fight for justice – no more families stuck in limbo, no more grieving mothers, no more sisters growing up alone… But now a serial killer is stalking Carrie’s hometown of Manchester: late at night, people are going missing down at the canal. Six years, a dozen disappearances.

When another victim is taken, Carrie is sure the family is hiding something and she’s determined to find out the secret behind their silence. Why does the mother not want to answer Carrie’s questions? Who is the mysterious girl next door? Carrie knows that to track down the killer, she must find out everything she possibly can about the innocents they have chosen to hunt.

Carrie holds on to one fact: last year, standing by the water, she caught a glimpse of the killer, and the distinctive tattoo on his arm. He slipped through her fingers, but she won’t let it happen again. She’ll never stop searching, for the grieving families, for her belief in justice, and her hope that, one day, something she finds will lead her back to her lost little sister.

Can she finally solve the case that has cast a long shadow over her career and will the demons in her own past help her to catch this deadly killer? 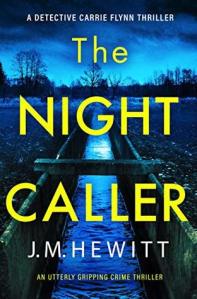 If you like twisted minds and police procedurals, then this is a book for you because it has both elements.

But of course there is more. Hidden secrets, a mother’s heartbroken story, a killer doing what he wants without leaving a trace, a murder that fits the pattern but not quite.

Normally when a new series starts, we get some background information about the main charcter. Here the author keeps everything very hidden and makes us long for more. I guess she reserves these juicy bits for the next parts, which keeps me wanting to read them as soon as possible.

The focus in this book is more on the murder case than on the investigation which makes us curious about the team surrounding the DS.

I really liked the way the author created Jordan. He wants to help but his methods might be a bit strange. 😉

Did I guess who the culprit was? Yes, this time I was smarter than the police, but I did not mind. The book is full of strange characters and this combined with the revelations made the story a very interesting one. 4 stars.

Thank you, J.M. Hewitt and Bookouture (via Netgalley)

J.M. Hewitt writes crime fiction and is the author of two previous crime fiction novels and has been published in two short story publications. Her work usually incorporates twentieth and twenty-first century events and far flung locations, and her novels explore the darker side of human behaviour.
In contrast to the sometimes dark content of her books, she lives in a seaside town in Suffolk with her dog, Marley.

When she was ten years old she’d read all the books she owned, all those on her mother’s bookcase and everything the library had to offer. She decided the only course of action to take was to write her own stories. Thirty years later, she is still writing them. 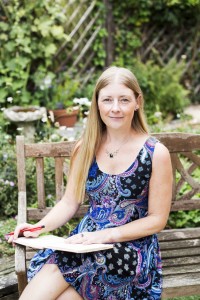