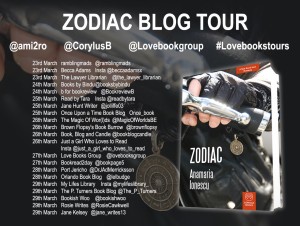 When investigator Sergiu Manta is handed the investigation into a series of bizarre murders, he can’t sure what he’s getting involved in as he has to work with regular detective Marius Stanescu, who has his own suspicions about the biker he has been told to work with, and wants to get to the truth. The twists and turns of their investigation takes them from the city of Bucharest to the mountains of rural Romania, and back. 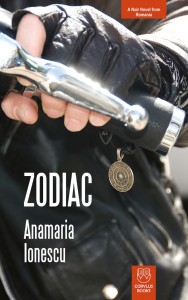 Fat raindrops smacked against the windscreen as the wipers struggled to cope with the dirty mixture of mud and rain from the road. The heavy car seemed to have no trouble with the country road and Dragan was deeply proud of it. He had longed for an SUV from the day he had first held his new driving licence in his hand, but a long series of misfortunes kept on forcing him to postpone his dream. Now that the old man was gone, his inheritance had made his desire come true; a Wrangler Jeep in military green with every optional extra. Driving to work was no longer a chore, even in shitty weather like this.

It went without saying that he still had to work long hours, five days a week in that Godforsaken hole, sleeping in that lousy hut. But when he drove home on a Friday night, he at least knew what he was slaving away for; a car that he loved dearly and the most beautiful house in Voineasa. The house was the other achievement he was extremely proud of. When his father passed away, his cottage had two small rooms, a dank kitchen and a toilet in the back yard. Now he had a two-storey home, every up-to-date appliance, a big bathroom and anyone could see its big green roof, matching the forest behind, from every corner of the neighbourhood.

Dragan glanced sideways at his colleague in the passenger seat, making a hopeless attempt to wipe clean a mayonnaise stain on the Jeep’s dash.

Dragan muttered a few angry words and reached for the box of tissues. He reached it easily, but a bump in the road made him drop it. He fumbled for it, keeping a hand on the wheel. As his concentration lapsed, the Jeep swerved off the road and a second later its right tyre was in a ditch. As much as he tried to pull it clear, all he could hear was the sound of the front wheel digging itself deeper into the roadside mud.

‘It’s no use,’ Dragan growled. ‘We’ll have to get out and see if we can dig it out. And throw that shit away or I’ll make you swallow it, wrapper and all.’

For half an hour they tried to get the Jeep clear of the mud that held it tight. When it became obvious that they didn’t have a chance in hell of had getting it out with their bare hands, they searched the undergrowth at the side of the road for logs that they could push under the wheels to provide some traction against the mud. Vasile found one that looked the right size and climbed up the pile to pull it free. He lost his footing and tumbled down in a clatter of wood and stones. Dazed, he made an effort to get to his feet. When he’d steadied himself, his eyes focused. What he saw next made him scream. The top of a man’s head and one hand protruded from under the logs and stones. 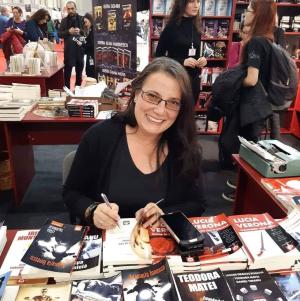