As the stage is set for a local village play in a beautiful countryside manor, Melissa Craig plays the role of detective once again when one of the cast is mysteriously murdered…

Melissa is delighted when she’s asked to help put on a play at her favourite local Cotswolds hotel. There’s nothing she loves more than getting to know the cast, who are just as colourful behind the scenes as they are on stage.

Rehearsals are running smoothly until the perpetually grumpy supporting actor is found spread-eagled at the bottom of a steep flight of stairs leading to a cellar.

As Melissa tries in vain to save his life, she is sure she can hear voices nearby and suspects there is more to this accident than meets the eye. Why on earth was he trying to get down to the hotel’s private cellar? And why does the hotel manager seem so angry about it?

When the hotel floor plans deliver some unexpected revelations, Melissa is convinced that she’s dealing with a murder. But when all of your suspects are actors, how can you tell the good liars from the bad? Can Melissa find the killer before the final curtain falls? 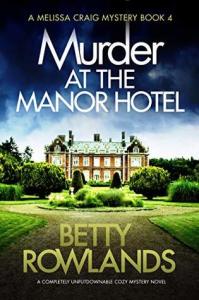 Already the 4th part of the series and I have read them all. I really do appreciate a good cozy mystery novel. It’s always nice to alternate between different genres and I like the author’s style a lot.

I love the banter between Melissa and her neighbour Iris, but there was not a lot of that in this book. On the one hand I missed it, but on the other it makes a nice change as well. It keeps the series from falling into a certain pattern and making it boring and predictable.

Once again the author did a good job in concealing the identity of the culprit until the bitter end. I had, of course as usual, a wrong name in my mind.

I have to admit that this setting was not my favourite one, but that does not reduce the quality of the story. I am already looking forward to start reading the next book in the very near future. 4 stars.

Betty Rowlands burst on to the crime scene by winning the Sunday Express / Veuve Clicquot Crime Short Story of the Year Competition. Her success continued with her nine highly acclaimed Melissa Craig mysteries. She is an active member of the Crime Writers’ Association and regularly gives talks and readings and serves on panels in crime writing conventions. 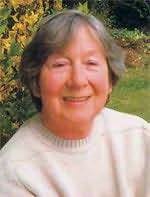