In 1814, Britain’s foremost scientist, George Napier witnesses a drug-fuelled massacre on a US battlefield. The drug, Berserker, has a deadly side effect known as the Sleepwalker Legacy, which destroys the life of his Native American lover. After the War, Napier dedicates himself to the eradication of Berserker.

Two hundred years later, Napier’s global pharmaceutical company has fallen into the hands of the ruthless Beckett family. They are determined to produce and leverage Berserker for profit, as the US government seeks to exploit the drug for military advantage.

Sam Jardine is a direct descendant of Napier. When he discovers that Berserker could change the nature of humanity forever, he sets out to fulfil his ancestor’s destiny by destroying the drug from within, using his extraordinary powers of negotiation. Sam finds himself battling demons from his past as he becomes entangled in a dangerous game of corporate espionage and a battle of wits with the beautiful heiress, Rachael Beckett. He resolves to help his lover, Cassie, who inherited the Sleepwalker Legacy and is becoming increasingly unstable. But Sam is in a race against time… 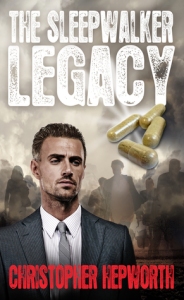 A battle in the present that had it’s roots in the past. Will the promise made a few hundred years ago be kept by the descendants? Will Sam be able to untangle the web spun by intrigues …

I like thrillers that take place in the medical world so this one was certainly bull’s eye. It shows that people are not as important as winning and earning money.
Although I don’t like to read about any kind of war, but it was needed to explain why certain things were happening. I was intrigued by the love story that started amongst all the cruelty.

The book is full of twists and turns and you don’t know who to believe any more. Every time a little part is revealed, it’s leaves you with your mouth open. 4 stars.

Author Christopher Hepworth has been a professional negotiator for over thirty years, with some of the largest and best-known companies in the world. He has won numerous prestigious awards in his chosen profession of procurement and developed many of the strategies and techniques that are now widely used across the industry. He has spent half a lifetime working for an array of colourful captains of industry, some inspirational; others downright terrifying. He often wonders how these desk warriors would cope if they were confronted with real-life, world threatening global emergencies rather than plotting their own narrow-minded corporate agendas. With the magic of fiction, Christopher Hepworth has created a wonderful set of characters he hopes will put the fear of God into his readers, adding to the list of threats already facing humanity.

Born in the UK in 1961 and raised in Zambia in central Africa like his hero, Wilbur Smith, Christopher Hepworth now lives in Sydney, Australia with his wife, Anne and four children. Much of the spare time he finds for writing comes while watching his children play representative cricket. It’s amazing how many sentences can be written in between the fall of wickets.

The exotic characters in his books reflect his fascination with the charismatic and proud, but often maligned warrior nations around the world, whose stories are screaming to be told. In his books, Christopher Hepworth’s desk-bound corporate warriors come face to face with those proud peoples, who have suffered the misfortunes of fate and history but their dignity and aspirations remain intact.

Christopher Hepworth has created a new brand of hero for the twenty-first century. Like James Bond, or the lawyers of John Grisham’s thrillers, Sam Jardine must use his occupational skills to thwart the ambitions of ruthless villains who seek to subordinate the world with their depraved sense of moral values. Armed only with a sense of justice, respect for ancient warrior cultures and an extraordinary talent for negotiation, can he win the day or will he be engulfed in the cesspit of corporate politics? For the sake of world peace, let’s hope Sam Jardine is up to the task. 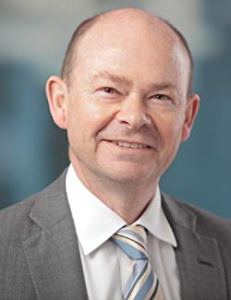