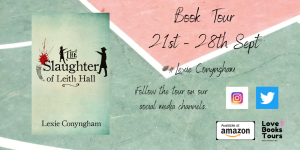 ‘See, Charlie, it might be near twenty year since Culloden, but there’s plenty hard feelings still amongst the Jacobites, and no so far under the skin, ken?’

Charlie Rob has never thought of politics, nor strayed far from his Aberdeenshire birthplace. But when John Leith of Leith Hall takes him under his wing, his life changes completely. Soon he is far from home, dealing with conspiracy and murder, and lost in a desperate hunt for justice.

‘Twenty-first of December, they tell me,’ Charlie heard him say, as he tried to sort the

spaniels out. Mayen’s voice was low, and grave for once. ‘At Campbell’s inn, in Aberdeen. Can

‘Aye,’ said John Leith. He smiled, but Charlie noticed a serious look in his eyes. ‘I mean, Strathbogie would have been handier, but aye, I’ll do my best, of course.’

‘Grand!’ Mayen reached a hand across and laid it briefly on Leith’s shoulder. ‘Not the

best time of the year to travel, it’s true, but it canna be helped. Secret, of course, I needn’t say to you. Coming?’

Leith nodded, and the pair of them cantered off in the wake of the others. Lang Tam

‘Aye, and then we dander along behind. I hope they’ll leave us a bite of dinner!’

You could tell the Abernethys had been at Mayen for a long while. A round tower, with

two wings snuggled at its foot, sat with an eye to several directions and a view of the curling

Deveron below. There was a walled garden outside a courtyard, where Charlie could see rows of winter kale still dark amongst other, withered stems, but the mains farm must have been a

distance away and everything else here was couried safely into the courtyard – stables, store

rooms, brew house and bake house, the dairy, a narrow, defendable entrance to the house itself. It was all well enough looked after, but there was none of the expansion and improvement that was fashionable just now: at Leith Hall there had been all kinds of changes. Charlie half-envied the servants here, with a smaller house to run around.

Lexie Conyngham is a historian living in the shadow of the Highlands. Her historical crime novels are born of a life amidst Scotland’s old cities, ancient universities and hidden-away aristocratic estates, but she has written since the day she found out that people were allowed to do such a thing. Beyond teaching and research, her days are spent with wool, wild allotments and a wee bit of whisky.