Bramfield, near Leeds, a sleepy little market town nestled on the borders of West and North Yorkshire.
Detectives Stewart Gardener and Sean Reilly discover the naked corpse of Alex Wilson, nailed to the wall of a cellar in his uncle’s hardware store. His lips are sewn together, and his body bears only one mark, a fresh scar near his abdomen.
Within forty-eight hours, their investigation results in dead ends, more victims, no suspects and very little in the way of solid evidence.
Gardener and Reilly have a problem and a question on their hands: are the residents of Bramfield prepared for one of history’s most sadistic killers, The Tooth Fairy? 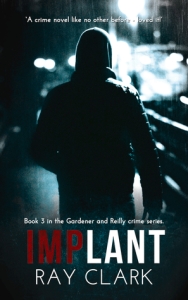 For me, there is only one place, my study. I live in a three-bedroom cottage on the banks of the River Ouse. The room is filled floor to ceiling with pine bookcases and a wooden floor, and the patio doors open out on to the garden and the river. It’s so peaceful and it helps me enormously to concentrate.

Nothing that I can think of. I love writing and I’m always so excited whether it’s a new project or the middle of something. I’m always fired up with enthusiasm to keep creating.

Is there a drink or some food that keeps you company while you write?

I’d love to say alcohol but I try to stay away from that whilst writing. Once again, nothing I can think of. I usually make tea and have a snack before I start but once I’m in the middle of it I tend not to leave the chair until I’ve said everything I want to say – even if that means going hungry.

That’s a really difficult question. There are three that come to mind and it’s very hard to pick a favourite: Still Waters by Nigel McCrery, one of the creators of Silent Witness. Wild Justice by Philip Margolin, and Watch Me by A.J. Holt. Any of these I would highly recommend to crime writers, either beginners or established.

It’s very unlikely. I love crime and I enjoy horror if it’s different so one of the things I love to do is mix the two, therefore becoming cross genre. The book I have just finished writing is exactly that, a crime novel with a supernatural background, entitled Spirit.

Only once: all my characters are usually fictitious with either a little bit of me or a hint of someone I know. Only once did I ever use a colleague. His mannerisms and his speech pattern were far too good and far too funny to ignore. I suppose if he ever finds out he’ll have a few choice words for me. He featured in the second book in the IMP series, Imperfection, which was set in the world of film and theatre, featuring a killer who had an obsession with the one time film idol, Lon Chaney, who was so good with make-up that he was dubbed, The Man of a Thousand Faces, which the killer was able to use to great advantage. The research on that book was very absorbing and time consuming but I learned so much about a world I love, allowing me to blend fact and fiction to support what I wanted to say. I suppose I’m giving far too much away now but he had a minor role, looking after the stage door of the theatre where the first murder took place, on the stage, in front of the audience, prompting the question that if your killer was that good with a make-up bag, how were you going to catch him?

Surprisingly, no, never done that. I should, because the amount of ideas that fly in and out of my head over the course of a day or a week are beyond counting. I try to rely on my memory. But I’m getting older, and we all know what that means.

I think it’s called surrealism. I once read a book for my A level English called Nights At The Circus by Angela Carter. I hated it so much that I refused to finish it, and I told my tutor I wouldn’t. He tried to argue that I needed to read it and in the end agreed to tell me which chapters to go over for the exam. Stuff kept happening and I couldn’t associate it with anything else I’d read in the book.

If you had the chance to co-write a book, whom would it be with?

I think it would have to be Peter James. I have so much respect for him, and the material he writes, and the fact that he constantly ups the bar that I would love to spend time discovering what’s inside his mind.

There are so many countries in the world to provide that answer. Strangely enough, last year’s holiday in Romania gave me more than I bargained for. I’d wanted to go ever since I was a youngster, watching Hammer horror films. When I had the chance I was not disappointed. I visited Bran Castle, believed to be the home of Dracula, and many other places that were steeped in history and rich in folklore. One stray comment, mainly about a ritual for exorcising ghosts became the basis for Spirit. So I suppose it happened in reverse. I think most of the Eastern block countries would be very suitable for a horror writer, because I believe you would find something in every one of them.

The British Fantasy Society published Ray Clark’s first work in 1995 – Manitou Man: The World of Graham Masterton, was nominated for both the World and British Fantasy Awards. In 2009, Ray’s short story, Promises To Keep, made the final shortlist for the best short story award from The Tom Howard Foundation. Ray is based in Goole, and has set his Gardener and Reilly crime series in nearby Leeds. 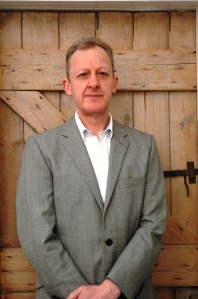