Impacted by the recession, twenty-four-year-old artist Gina McKenna is down to her last few dollars and days away from living in her car when a successful businessman buys a painting and commissions another. As their relationship evolves, she’s seduced by his charm and mesmerized by his luxurious lifestyle until she discovers he’s a drug kingpin. As her world turns upside down, she struggles to survive vicious brutality.

Miguel Lopez is a cocaine supplier with a weightlifter’s physique and ‘the rules do not apply to me’ attitude. Maniacal and ruthless, he has no qualms about killing anyone who interferes with his distribution network, including Gina.

Dedicated to eradicating illegal drugs, DEA Special Agent Bobby Garcia spent months and hundreds of thousands of dollars working undercover to buy his way up a dealer chain to identify the moneyman. When his fourteen-year-old daughter overdoses on cocaine, he traces the blow to Lopez. As Bobby’s mission becomes personal, he makes emotional decisions, which negatively impact civilians and his job. Unable to let go, he risks his career to orchestrate the biggest drug sting in Southern California. What happens isn’t what he expected.

When a deputy district attorney meets Gina at a party, he is smitten. As his attraction grows, so does Gina’s involvement with the DEA’s case, of which he is the designated prosecutor. Mindful of his professional ethics, he tries to stifle his feelings.

Sex and violence permeate the twists and turns of this cautionary tale about choosing one’s friends well.

Behind this beautiful painting, a dark truth is hidden, but what goes around, comes around …

I love the cover. It defines one of the main characters, Gina, perfectly. Although I liked her a lot, sometimes I wanted to slap her for being so naive, sometimes I admired her for her strength and sometimes my heart went out to her.

It’s a great story that opens your eyes and makes you realize how dangerous and cruel the world can be. You have the urge to put your arms around your loved ones and keep them close.

But we may not let ourselves get depressed because even the darkest clouds have a silver lining : there is always the love of family, friends and that one special person you can always count on and to help you pull through.

A wonderfull book that I enjoyed a lot. 4,5 stars.

Thank you, Michele I. Khoury, Page Publishing, Inc and Love Books Group for letting me join the blogtour

Writing is Michele I. Khoury’s third career. After graduating from the University of California at Riverside with a Masters degree in Economics, she worked at Xerox, where she set multiple sales records, and Apple Computer, where she received the Business Development Manager of the Year award. For twenty-one years, she was an international business consultant and taught technology companies around the world how to sell.

Her writing career began when she took the Beginning, Intermediate, and Advanced Novel Writing Classes offered through the University of California Irvine’s extension program. She was one of three out of the fourteen students her professor choose to mentor and attended weekly critique sessions for six years. BUSTED is her debut novel, and she is currently writing her second book, which is about domestic violence and abuse.

She lives in Orange County, California with her husband and rescued dogs, Bubbles and Thriller. 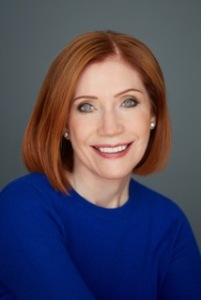