Victor Shelton ran from his family’s legacy of prophetic dreams at seventeen but finds at twenty-eight that he is unable to run from the nightmares that plague him. Haunted by images of his own death each night he follows the fleeting memory of the town limit’s sign in his nightmare to a quaint Colorado town.

Beckoned to a forbidding mountain peak with a past riddled by ghost stories and legends, Victor must figure out who is friend or foe. Can he unravel the secrets of the enigmatic citizens of Carver’s Corner and solve his own murder before it happens?

Perhaps the answers are in the siren song of whatever is calling him to the caves under Maiden’s Peak. The song in the darkness urges him on, but whether it is to his death or to his salvation, Victor can’t say. All he knows is that once before he had not heeded the call of his dreams and someone had died. He can’t let that happen again. 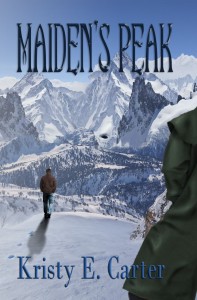 I prefer to write in the mornings at my desk which overlooks the front yard, or late at night while curled up in my bed against the pillows.

I can’t say that I do. I guess if you count my morning routine then it is a ritual of sorts. I just have to make sure that my other responsibilities are seen to as I do live on a homestead with chickens and other animals. Along with that I am a caregiver for my children and my mother so I like to have my ducks in a row so I can focus on my writing for at least an hour or two without interruption.

The only thing I like to have on hand when I am writing is caffeine and it usually takes the form of coffee or chai tea.

Wow. There are so many but I guess if I had to pick an all-time favorite it would be between The Princess Bride and The Enchanted Forest Chronicles. (I know that last one is sort of cheating as it is a whole series, but who can pick a favorite out of that series?)

Good question. I actually write in a number of genres as I also ghostwrite which leads me down all sorts of rabbit holes. If I had to pick one genre that I haven’t written in much I think it would be classic horror. I would like to take a swing at that.

Not really. I might take a characteristic of someone or a phrase that I hear and it may form a character in my mind, but my characters are usually nothing like the original inspiration.

I used to back in the day. These days I keep a notebook on my desk and have some memos in my phone that I have set up specifically for story ideas that pop into my head.

I do not outright loathe any genre, but I will very rarely be seen reading a political thriller or drama. Yeah. If we are talking fiction and nonfiction then I can tell you that I do not read autobiographies. I just don’t like them.

If I had to pick a famous author probably Patricia Wrede. That is probably pretty obvious as she is the author of The Enchanted Forest Chronicles. If not her then perhaps Stephen King. Mr. King could teach me how to write horror and characters that people hate. I find it really hard to write characters that I personally hate and that I know people will despise.

For research, probably Ireland, simply because I have a character that I have worked with for years that is from there originally and the insight would be nice. I also have another character from Ireland that I am planning on introducing in a future book and the culture and religions of that country will feature prominently in the story.

I might also choose Egypt just because I am fascinated by the country and its history… Yeah. That trip would be completely selfish, but if someone wants to send me I promise I would write a book just for them afterward.

Kristy has been making up her own stories for entertainment for most of her life. Eleven years back she decided that perhaps others would want to walk through the worlds she has created. With over 10+ books in both urban fantasy and cozy mystery, Kristy has allowed readers to venture into realms where magic lives and murder mingles with humor. She currently lives with her family in the Southeastern United States where she helps other authors when she is not writing her own novels as a freelance writer and editor with eleven years of experience. With many projects in the works, there are sure to be more worlds for courageous adventurers to delve into. 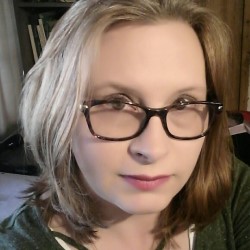