You don’t know how significant you are. We need you.’

No matter where she is, Deirdre feels out of place. So when a cult known as the Center contacts her, wanting her join up, she’s intrigued. They say a terrible war is coming, humanity is in danger and without explaining why, say she’s needed for the fight. Suddenly the chance to be spectacular is within her grasp. With the charismatic Myra as the cult leader, and talk of prophecies and psychic abilities, Deirdre is soon seduced and ditches her humdrum life to join up.

Once inside, her understanding of the world shifts. She learns the truth about the elite, a secret organisation that has meddled with humanity since the beginning of time. The elite use entertainment and the media as a constant distraction to stop people from reaching their true potential. To free themselves of this conditioning, the followers must give up ‘excessive’ food and sleep. They also carry out increasingly bizarre rituals under the critical eye of the Captain, a minor leader of the new followers. He seems to take pleasure from turning them against one another.

You were picked because you were special and you were needed to save the world, right?

When I started to read this book, I did not really know what to think. It was not what I had expected and it’s was rather confusing. That does not mean that I was not intrigued, because little by little everything was revealed and you start to see the light. I was even more shocked by some of the revelations. I certainly did not see that coming.

It makes you wonder how many mad minds have lured innocent people into their webs by using all kinds of tricks and by taking advantage of them when they were down or vulnerable.

The world should indeed be saved, but from whom … ?

To me it was a very weird (in a positive way) book and I had to let it sink in when I finished it, but it all made sense in the end. Although it is not really my cup of tea, I was glad I read it. 3,5 stars. 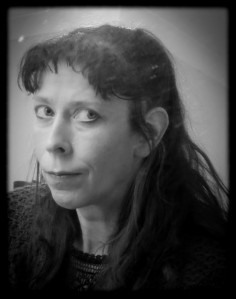