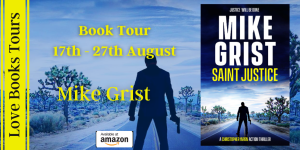 Hundreds of human cages hidden in the desert. A small-town police department wiped out. One man with nothing to lose.

Rogue DELTA operator Christopher Wren pulls off I-70 after three weeks on the road and walks into a biker bar in Price, Utah. An arbitrary decision he’s about to regret.

Wren’s a stranger in a gang bar involved with human trafficking. The bikers attack Wren, leave him for dead and steal his truck.

Now he’s going to get it back.

From a secret warehouse in the desert. Ringed with fences. Filled with human cages.

As a dark national kidnapping conspiracy unfolds and the body count mounts, one thing is for certain.

Justice will be done. 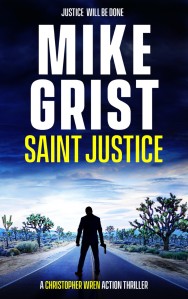 The cab took an hour to arrive. Wren sat out front of the gas station, looking over the forlorn gas pumps and the road, enjoying the cold of the ice against his battered head. A couple of steel toe boots, maybe? If he hadn’t known just how to move, where to twist, the damage would’ve been much worse.

At least the fog was gone.

The Uber pulled up; a Prius driven by a young guy, artisan moustache with an ironic T-shirt showing Hilary Clinton swearing. The kid actually got out of his car to look at Wren.

“Something like that,” said Wren, and waved to James in the store. The kid waved back awkwardly.

The ride passed mostly in silence. The guy asked a few questions, but Wren only grunted replies, and that was that. He had the car stop outside Emery at the bottom of Eustace’s road.

The Prius pulled away, leaving Wren alone. He surveyed the neighborhood; a cracked asphalt street with duplexes stood side-by-side like neglected herd cows, overgrown with poison oak and sprayed with desert dust. Street cleaners didn’t come out here, he bet. There was no municipal care for the lost souls inhabiting this forgotten burg.

Eustace’s house was the same as any, with a toppling telephone post at the corner, likely left that way since some neighborhood DUI a year back. Likely there was no money in the town coffers for repairs, though live cables were trailing down around head height. The front porch was peeling white paint, showing cheap beech boards beneath. There were holes in the roof felt, dozens of dry clay wasp nests under the rotten eaves, and the porchswing hung by only three chains.

Probably Eustace’s mother’s house. A story of loss. Already the air felt hotter and drier out here, like the neighborhood produced its own miasma of hopelessness. The only good-looking thing about all of it was Eustace’s bike; parked on a neat cement pad under a diagonal awning strung from the wall. Twin heavy-duty security bolts anchored the wheels and frame to eyelets in the cement. His prized possession.

Wren walked up to the front windows and peered in. The glass was scaled with old dust. Inside no lights were on, but he picked out a low den. He opened the fly screen and tried the front door but it caught on the deadbolt. Given the poor condition of the wood frame it would only take a single shoulder barge to force it, but he didn’t want to make any noise at all.

He moved around the side. Under the awning he rested a hand on the bike’s glossy engine fairing; it was cool. Eustace had been back at least an hour.

The back yard was more depressing than the front: a swingset smothered in poison ivy, like a ruin of better days; a couple of saplings trying to break through the thick chokeweed and failing, destined to the same stunted lives as ‘Jug’ and his sad family.

The back deck boards creaked underfoot. A rusted BBQ lay open in the shade, holding a moldering puddle of old grease and moss, buzzing with morning mosquitoes. The back slide door was open a crack. By the pre-dawn light Wren saw the glass near the handle was shattered. Probably the mechanism didn’t latch anymore. He doubted anyone had tried to rob this place; probably this was Jug’s own work, some drunken night he came home and couldn’t find his keys, and he hadn’t bothered to fix it since.

Wren slid it open and stepped in to the dining room. There were stacks of cord-wrapped magazines everywhere, on the table and heaped on the veneer floor, fuming up an overwhelming smell of must. He had to pick an uneven path through the piles. A kid’s nightlight was plugged in over the breakfast nook, illuminating a neat enough kitchen. Wren handled a magazine. Seabass Angler. He checked another. Modern Huntsman.

Maybe an old subscription. Wren found one still packaged, addressed to a Eustace Sr. Without a doubt, though, the old man was dead. The mom had become a packrat, if she hadn’t been one already. Eustace, his kids forgotten, had gone off the rails in a deep sink of his own misery.

Was it misery? It didn’t matter. Out here you didn’t have a lot of mirrors to reflect yourself back, and the few you had were rarely positive. Your dad eats the business end of his hunting rifle, and it leaves a mark.

Wren worked a path to the stairs. He could hear Eustace, Jug, snoring up above. Each breath came with a pained catch. Having your jaw rearranged by a knuckleduster would do that to you. There was no way the gang had taken him to a hospital. There was no way Eustace had health insurance, not with all the cuts at the Federal level. These were libertarian folks here, bred with a deep self-reliance that left them high, dry and helpless when the shit really hit the fan. They refused to grasp how much help they needed; how much everyone needed.

Now Wren was going to help.

Halfway up the stairs he saw family photos. Better days, perhaps. Eustace Sr. was there, looking massively overweight and smiling despite his haunted eyes. Ma Eustace. Little Eustace, with waifish hair and none of the current tats or piercings. Later on, skipping years, his girl was on his arm, ironically some part Hispanic herself. Probably that was what flipped him over; the day she left, breeding a hatred that spread to an entire race. Maybe. There were two beautiful little kids, in the back yard with the BBQ on the go.

Damn, it was sad.

On the upper landing Wren stood at the half-open door to Eustace’s room. He knew it was Eustace’s because it had his name on a plaque, like he was still a kid. Mama’s snoring came from nearby. Eustace’s breath was like a symphony of misery. Wren pushed the door open.

Inside it was sparse; not even a TV. Eustace had likely sold everything he had, and much of what his mother had, to push that tricked-out thirty grand bike out front. Leveraged to the hilt, he’d gambled everything. He’d put his life on a new track, because he hadn’t seen any other way.

Wren had seen all that in his eyes. Windows to the soul, they said. The boxer, not so much. Maybe some of the homeboys around the pool table. There was a point where you were too far gone, and then there could be no coming back. In Wren’s philosophy, few people really passed the point of no possible return, but most went beyond a point of feasible return. They couldn’t be brought back with anything other than a titanic effort, and who had the time or the money for that kind of deprogramming?

Wren brushed a tear from his eye, as he scanned the empty walls. There were no Nazi insignia here. No white power bullshit, no clippings of newspaper lynching stories, no KKK, none of it. This was a man’s heart laid bare, and it was just barren.

He sat on a magazine stack at Eustace’s side. Hunter’s Journal, it said. His Ma’s hoarder addiction was deepening, that it had spread into here. The fat guy was out like a light on his single bed; feet sticking up over the edge. His face had bandages slapped on amateurishly, but what did a bunch of Viking pricks know about bone chipping and temperomandibular disorders? Likely Eustace would suffer stroke-like symptoms for a while, all up and down his body. Without insurance he’d go undiagnosed, and bad habits would make it worse. He’d get a hunch, and twist a knee under all that extra weight, then he’d never walk right again.

Wren just looked at him for a while. The tattoos were war paint, like with so many men. Be afraid of me, they said. Respect me. Really they just cried out an inner insecurity. Weak people could do tremendous damage too. It didn’t make them any less weak. It just baked in bad routes to strength, thereby cementing the core weakness in place.

He wasn’t going to need the duct tape. He did a quick, gentle probe for a gun under the pillow or down the side, but there wasn’t one. There was nothing dangerous within reach.

“Hey Eustace,” he said, and flicked him lightly on the jaw. “Wake up.”

Mike Grist is the British/American author of the Christopher Wren thriller series. For 11 years Mike lived in Tokyo, Japan, exploring and photographing the dark side of the city and the country: gangs, cults and abandoned places. Now he writes from London, UK, about rogue DELTA operator Christopher Wren – an anti-hero vigilante who brings brutal payback for dark crimes. 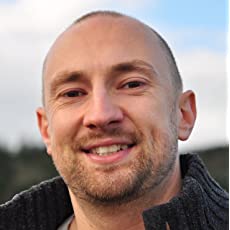