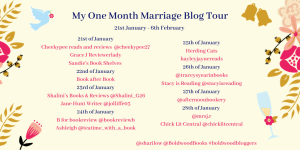 “I just need to know…which one of you slept with my husband?”

You know that ‘till death do us part’ bit in the wedding vows? Well Zoe Dalton believed it. She walked up the aisle thinking that she was strolling to her happy ever after.

One month later, her heart is in pieces, she’s returning the wedding gifts and there’s a husband-shaped space next to her in bed. He’s gone, after Zoe discovered a devastating secret.

But Zoe has lost so much more than her marriage. Her three sisters are not only her siblings, they’re her best friends too.

Now she’s discovered that one of them may have been the reason her husband betrayed her.

She’s lost her happy ever after, but has she lost a sister too?

I’m in one of those unofficial clubs that no one really wants to be in. You know, like the ‘Association of People Who Got Jilted at The Altar’. Or ‘The Secret Society of Dumplings Who Let Online Scammers Empty Their Bank Account Because They Believed They Had A Long-Lost Uncle Who Left Them Millions In His Will.’

In this case, I’m Zoe Danton, the latest fully paid up member of the ‘Collective Of Fools Who Had Marriages That Lasted For Less Time Than A Four-Part Mini-Series.’

A month. Thirty days to be precise.

It’s not even as if I have the folly of youth as an excuse. Thirty-three years on this planet is long enough to learn some vital life lessons. For healthy oral hygiene, always floss morning and night. If it sounds too good to be true, then it probably is. If you get caught in a riptide, swim parallel to the shore. Pot pourri has no purpose. And if you’re getting married, ensure that it’ll last longer than the flowers you carried up the aisle.

Otherwise, you’ll be me, the idiot who is sitting on her wide plank, oak floor, consumed by fear that the local newspaper will use my story as a human-interest feature, surrounded by gifts that I need to return. Except the cocktail shaker. That one’s already open and in use.

‘Do you feel like an idiot?’ Verity asks, handing me a drink that’s so pink it could very well be radioactive. She was the first member of the Sister Emergency Service to respond to my text and rush over to my city centre Glasgow flat. I hope she kicked the bin bags containing the last of my short-lived husband’s things on the way in to our marital home. Actually ‘marital home’ is a stretch. It’s my flat, a one bedroom waterfront apartment in an eighties block on the city side of the Clyde, and even though he’s lived with me for the last year or so, I realise now that it always felt like he was just visiting. Maybe that should have been a hint. So, to answer Verity’s question, did I feel like an idiot?

‘No,’ I lie, only to be met with her raised eyebrow of cynicism. I capitulate like an eight year old caught spray-painting the school toilet walls. ‘Okay, of course I do. I mean, even

Kim Kardashian’s shortest marriage lasted seventy-two days. It’s a sad day when I make worse life choices than a reality show star who built her career on the size of her arse.’

I take a sip of… ‘What is this?’ I ask, when my taste buds throw their hands up, at a loss as to what they are faced with.

Verity shakes her head, her deep red ponytail swinging as she does so. Even on a Sunday morning, in the midst of this traumatic episode in our family’s history, she still looks great. My elder sister has been on this earth for fourteen months longer than me and something happened in those fourteen months that gave her a level of physical superiority that the rest of us could only aspire to. She’s one of those women who has visible cheekbones and naturally fiery, thick long red hair, so you could pretty much put her through a car wash and she’d come out the other end, sweep her hair up in a messy bun and look fabulous. Even more annoying, she has absolutely no awareness of this. Her appearance and personality are the complete opposite of each other. On the outside, fierce, bold, striking. On the inside, restrained and the most conservative of us all. Now she is shrugging. ‘No idea. I just put a bit of everything in the fridge into the cocktail shaker. There’s gin, cream, raspberry juice, pineapple—’

‘I don’t have pineapple juice,’ I interrupt.

Verity doesn’t break stride. ‘Crushed pineapple from a tin… you’ll find it lurking at the bottom of the glass. Vitamin C has so many benefits…’

‘Will it prevent me marrying dickheads in the future?’

She glides right over that. ‘No, but it does help with the absorption of iron, decreasing blood pressure, combatting heart disease and…’ Off she goes into full education mode. This is what happens when one of your three sisters is a primary school teacher. Not only is she relentlessly organised and can calm a class of stroppy eight year olds with some kind of Jedi mind trick, but she has a remarkable memory for facts and an absolutely pitch-perfect technique for delivering them.

Unfortunately, in this case, her pupil has zoned out. What does it matter what is in there? As long as it contains alcohol that will reduce my feelings of general crapness by even one degree, I’m game.

There’s a crash at the door.

‘What have I missed?’ Yvie wails as she enters the room, balancing several plastic bags and a tray giving off a distinctly ‘lasagne’ aroma on her forearms.

I swallow a slither of pineapple. ‘Just some rampant self-pity, wails of regret and general pathetic wallowing.’

My younger sister nods thoughtfully. ‘All just as expected then. Will lasagne help?

Shari Low is the #1 bestselling author of over 20 novels, including One Day In Winter and With Or Without You and a collection of parenthood memories called Because Mummy Said So. She lives near Glasgow and her first title for Boldwood will be My One Month Marriage in January 2020. 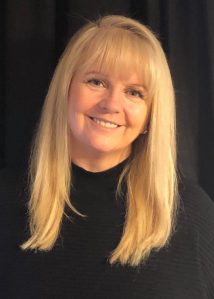