Soul Demons live off the souls of the living.

When Haydan’s home world is invaded by a soul demon seeking an item shrouded in myth and legend, his father evicts him and sends him to safety. His chosen one and warrior should provide reassurance and sanctuary, but neither appears to be working very well. Just when he thinks matters cannot get any worse his scheming grandmother arrives. She has her own plans that appear to involve him, none of which bodes well.

Diego feels confident he has the soul demon under control. Overlooking his devious mother’s involvement, he fails to appreciate that he is not only storm rider elder, but also an elven prince and certain debts are about to become due.

Lavinia worries about her grandson, but also who she left behind in the elven realm a long time ago. Tallin thinks she abandoned him and he is livid. She has everything under control, including Tallin…at least that is what she thinks.

They all need to learn afresh who to trust. With a soul demon on the rampage, an unleashed, angry and betrayed elven king and a long-forgotten mask surfacing, what could possibly go wrong?

The past is about to catch up with all of them. Nothing is going to go as planned because the mask and the gods have other ideas. 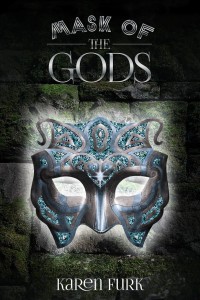 I am very happy to share an interview with the author with you. Enjoy!

If I waited for the perfect moment I wouldn’t write a thing! I’m more productive when I have peace and quiet to write, but living in a house with my husband, a nine and an eleven-year-old, means moments of peace are rare. I have been known to get up at 6am to find a quiet spot, but I can’t keep that up for more than a few weeks. Consequently, I write when I can and for an hour and a half on Friday night when my kids are at swimming (my husband usually takes them to save me going stir crazy!). My location of choice is in my kitchen at the table where snacks and drinks are on hand. I’ve also written in my car whilst my boys are at martial arts and whilst they’re swimming, so I’m able to write pretty much anywhere if the mood takes me!

No. It varies. I prefer quiet, but sometimes I’ll play music. I’m more productive when I have already thought through what I want to write next and have a clear plan in my head of where the story needs to go. I’m pretty good at storing a plot in my head and I write fairly clean drafts, in that they don’t need lots of reworking, so I tend to trust the process and let the journey flow. I always know where the story starts, where the mid-point is and how I want it to end, but the process of getting to those points is quite fluid. I definitely trust the characters to get me there.

It depends on the time of day, but I’m usually not far from a cup of tea or a glass of water or cordial.

A lot of the time I just ignore social media and other distractions and write. If I do allow myself a treat I’m partial to haribo giant strawbs and Percy pigs (an M&S special) not exactly healthy, but it helps to focus me! These are rare treats and usually only after about 3pm when I need a sugar boost!

Probably any of the Famous Five books as that’s where my love of reading books began. I also loved the Lord of the Rings books.

At the moment, I love fantasy. I might venture into sci-fi. I’ve toyed with the idea of romance, but at the moment I have too many fantasy stories to write, so I’ll stick with that for now!

Not usually, no. I tend to draw on lots of different ideas when deciding on a character, a mix of brainstorming and pulling different ideas together into one person. Sometimes I build their character on traits I admire in others. For example, Diego and Isaac are both quite strong, confident characters. Diego, my storm rider elder holds information back only revealing pertinent information when he feels it’s relevant to so. Isaac, my unreadable human, pries and is curious to find out more, he challenges Diego and pushes boundaries. I liked the idea of two similar characters who antagonise each other. Once I know the character well enough they come to life on their own in my mind and I just automatically know how they would respond to a situation or plot twist.

There is one exception, Lavinia, who is loosely based on my late grandmother. She doesn’t like being called grandma or nana and thrives on a sense of mystery and sneakiness. I also play a lot on her closeness to, and special bond with Haydan, which I shared with my own grandmother.

Oh goodness, yes! I never know when I might need to jot something down, or make a note of it. I’ve been known to make notes on my phone as well. Recently my sister was laughing because I had a notebook with me when we went Christmas shopping.

I really don’t like horror or anything with a zombie in it. I’ve never connected to these genres in book or film form.

Given my wacky imagination it has to be JK Rowling for her creativity and wonderful characters. Alternatively, George RR Martin. His world building is spectacular. I’ve also met a number of amazing writers on Instagram recently, so there a few of them that I would choose as well.

My husband’s great-grandfather is Italian and I recently watched Hidden Italy which was brilliant. Sometimes the history of a country is inspirational. Venice for example was built on buried tree trunks which is just amazing, so I’d have to say Italy.

Thank you, Karen Furk and RachelsRandomResources.

Karen Furk loves fantasy stories. She has done ever since she was a small, lonely child with an over active imagination. She’s particularly fond of stories that are crammed full of magic, mayhem and magical creatures. Karen’s background in marketing laid the foundations for her writing career which began after a serious bout of depression. No longer able to contain her over active imagination, the stories finally flowed onto a page. She aims to surprise and delight with the characters and worlds she creates. She lives in the North West of the UK with her husband, two boys and a hamster called Rufus (Yes, a girl hamster with a boy’s name. Don’t ask, she just embraces the crazy!). Visit her at karenfurk.co.uk or find her on social media and say hello – she’s on Facebook, Twitter, Instagram and Pinterest under the user name karenfurkauthor. 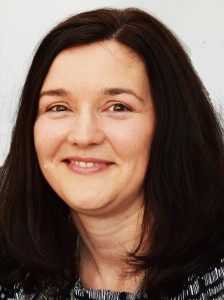