Eddie stands at his door anxiously waiting for the woman to arrive, touching the engagement ring box in his pocket for luck. He doesn’t hear the footsteps behind him until it’s too late…

Detective Finnegan Beck is called to a crime scene – a remote house near the rural Irish town of Cross Beg – where a dog lies whimpering beside his beloved owner’s body.

At first it looks like a burglary gone wrong. But Beck spots something his colleagues didn’t. The victim – Eddie Kavanagh – was wearing his smartest clothes. He’d brushed his hair. And, on closer inspection, a small velvet box containing an engagement ring is discovered in his pocket, along with a letter to a nameless woman, which seems to suggest she’s in danger.

Those who knew Eddie have no idea about a female friend though – there’s been no one in his life since a girl who he’d loved and who’d broken his heart decades before. Now Eddie leads a quiet, solitary existence, rarely going further than the fields behind his house to walk his sheepdog Max.

So who was the woman Eddie was waiting for? And did his connection with her ultimately lead to his murder? When a beautiful young woman is then found beaten to death – murdered exactly as Eddie had been, Beck has to ask – is the danger over? Or is just beginning? 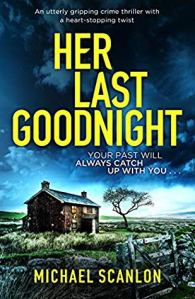 It’s time to be reunited with DI Beck. I like him a lot. He is not that typical police officer but follows his heart even when it means breaking a few rules.

Although he is struggling with things happening to him in the past, he does stay focussed on the case he is investigating. While others do not look beyond what’s in front of them and come to conclusions that are not satisfying DI Beck, he keeps on digging deeper until he unearths the roots of the problem.

Murders have been commited, but how are they linked together and more importantly who is behind them?

The author shows us that there is a very thin line between high intelligence and mental illness. Those culprits know exactly how to fool everybody.

I had a different suspect in mind. All kudos to the author for keeping me in the dark until the end. 4 stars.

Thank you, Michael Scanlon and Bookouture

Michael Scanlon is a civilian employee of the An Garda Siochana (the Irish police force), but a life threatening undiagnosed illness that struck while travelling in Spain in 2014 has rendered him on long term sick leave. He is married to Eileen and has a daughter, Sarah. He lives in the countryside outside the town of Ballina in County Mayo. The town has arguably the best salmon river in Europe, called the Moy. 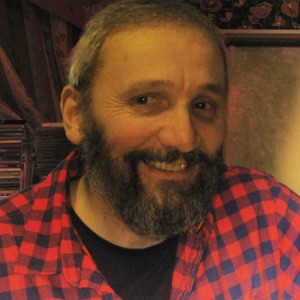