Rogue Bruce enjoys running a Scottish castle turned bed-and-breakfast with her Aunt Baillie from America. They specialize in hosting romantic Elizabethan-themed weddings, complete with resident ghost, Lord Kai. But love is something Rogue is not the least bit interested in. Content with her work, she requires no male accompaniment for happiness.

A new delivery service brings Bruce MacKenzie, a Thor look-alike in plaid and denim, fetching more than the usual number of groceries from town, while Jonathan Olson, a snobbish, dark, Rhett Butler type, arrives at the castle to administer a writing seminar for aspiring authors. With two men after the heart she’d thought safely locked away, Rogue is flattered and confused. But when things start to take a sinister turn, danger befalls Rogue and those dear to her. The musical soundtrack of Rogue’s life flares from complacent, to dizzyingly romantic, to heart-thumping scary in this sizzling triangle.

I’m partial to old school methods, curled up in a chair with a brand new notebook and start jotting down notes about the characters and location of a story. I have cups of pens in every room of the house. And then bits of dialogue start flowing out. Whole conversations or arguments. Many times the dialogue comes first and then I go back and fill in the details and actions. My desktop computer faces windows to the front yard gardens – and it’s easy to spend hours creating a rom-com, then taking a break to watch Mother Nature and her visitors among the trees.

For years now the morning hours are my best time for writing. Being awake before the rest of the house is wonderful for the imagination. I go to bed early – always have, except as a child when I wanted to read longer into the night. Around my computer I have lamps with warm lights on whether the sun is up or not. I love pale yellow light around me when I write.

Do you like a drink or something to nibble on while you write?

I don’t eat while I write – but I must have lots to drink. I bought myself a perfect 64 oz thermal carafe where I make a pot of tea. Now my idea of hot tea means one teabag for the whole carafe, swished around for less than two minutes. Yes, my tea strength has been described as barely colored water. If I’m writing at a café or coffee shop, one teabag will usually last at least five to six cups. I have to protect it from assertive waitresses who try to take it before its time.

Do you consider writing a different genre or do you already do that?

Though rom-coms are my favorite, I have stretched my career to include a couple non-fiction books. I have a creative non-fiction tome titled “The Crowded Nest Syndrome” and I have written a few women’s fiction.

What is/are your favorite book(s)?

My favorite are typically light-hearted with happy endings. Tule Publishing has such a high quality level with many of their authors, I find many of them here. Jane Porter books are a great example. Celebrity autobiographies are another favorite. The character actor, Leslie Jordan has a new one coming out in April. I can’t wait.

Sometimes the foibles of a character are like someone I know. But I find within a few chapters the character has molded his own voice and quirks. Gillian Nation, who first appeared in “Changes in Attitudes” started out dressed and snobby as an old boyfriend of mine. But it wasn’t long before Gillian demanded his own gene pool and style. He became a recurring fixture in the Baillie Castle trilogy as well.

For over a decade I’ve worked and written with various people as their ghostwriter, getting their memoirs and novels to print. But I would love to work with James Patterson on one of his contemporary works. That man’s imagination seems endless.

Do you take a (digital) notebook everywhere in order to write down ideas that pop up?

I have paper notebooks in my purse and all over the house. I’ve tried using digital notebooks but I’m not the best at remembering to plug them in or transfer the files. My desktop computer is my main squeeze.

I’m not a fan of historical romance or suspense. I don’t want a story to frighten me or stress my senses worrying about who will die. Oddly, I used to love Stephen King and Dean Koontz, but I still have nightmares from old Twilight Zone episodes. It’s not worth the nail biting.

I had the luxury of attending a writers conference at a castle in England. It was fabulous, eating British breakfasts and studying the high-ceiling rooms. This event became part of the plot for “His Kilt Dropped Here.” If I could, I would grab my passport for Scotland and spend months among the highlands and moors, the coastal cliffs or snug in a rowdy pub on a cobblestone street. Have you seen the Highland cattle? These shaggy, adorable creatures are just amazing. I’d want to bring one home with me.

Thank you, Kathleen Shaputis and Pump Up Your Book

If not writing during her lifestyle in an acre of forest, she keeps busy reading from her never-ending, to-be-read pile and watching romantic comedies. Her hygge in the woods. 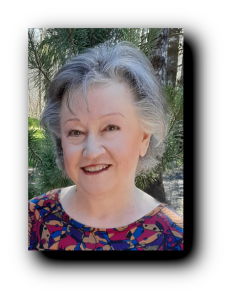