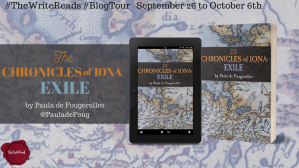 The Chronicles of Iona #1

The Chronicles of Iona: Exile tells the story of the Irish monk and Scottish warrior, Saint Columba and Aedan mac Gabran, who would band together to lay the foundation of the nation of Scotland.  They were a real-life 6th-century Merlin and King Arthur and their story has never been told.

The book begins in 563 A.D.  The Roman Empire is long gone, freeing the region of Scotland from the threat of imperial rule but opening it to chaos from warring tribes vying for control. Columba, a powerful abbot-prince, is exiled from Ireland to the pagan colony of Dal Riata on Scotland’s west coast for an act of violence. There he encounters Aedan, the down-and-out second son of the colony’s former king, slain by the Picts.

Together, this unlikely pair travels the breadth of a divided realm, each in search of his own kind of unity.  Their path is fraught with blood feuds, lost love, treachery, dark gods and monsters, but also with miracles and valor.  Beset on all sides, their only hope is to become allies—and to forge a daring alliance with the pagan Picts.

How Columba overcame exile and a crisis of faith to found the famous monastery of Iona (one of the greatest centers of learning in Dark Age Europe) and, from it, the Celtic Church in the British Isles; and how Aedan avenged his father’s death and became, against all odds, the progenitor of Scottish kings and the greatest warlord of his age, begins here.

For both, what begins as a personal imperative becomes a series of events that lead to the foundation of Iona and the kingdom of Scotland—events that literally change the world. 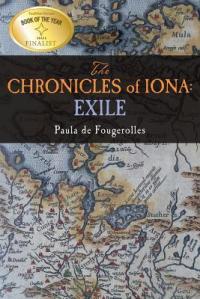 Paula de Fougerolles has a doctorate from the Department of Anglo-Saxon, Norse and Celtic, University of Cambridge, and has taught and published in the field. She has lived and traveled extensively throughout Scotland and Ireland, including a prestigious year-long Thomas J. Watson Fellowship in which she criss-crossed Europe in search of the physical remains of the so-called Dark Ages–research which ultimately led to this award-winning historical fiction series. 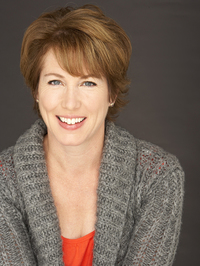