Plastic surgeon Lou Edwards’s life is complicated by two major issues. One, his wife has lupus, possibly due to leaking silicone from breast implants Edwards himself inserted. And two, his malpractice insurance has been canceled, as it has been for many other plastic surgeons, due to the burgeoning breast implant problem.

But it gets worse. Shortly after Edwards threatens an insurance company president on national TV, the president is found murdered in his penthouse.

Dr. Jim Bob Brady once again finds himself doing a bit of investigating, this time on behalf of a colleague. But how well does he know this colleague? Is the investigation worth the threat to Jim Bob’s own life? Will he discover that it was a burglary gone bad? A lover’s quarrel? Or is this an act of revenge? 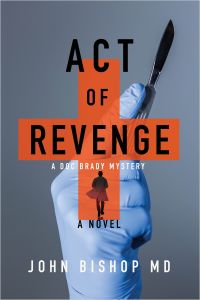 I was stunned but not unconscious. My first concern was that I had sus-tained another head injury. I had been mugged a year and a half ago and had spent ten days in a coma after developing a subdural hematoma, a col-lection of blood between my brain and skull requiring surgery. The hair on my shaved head had taken seemingly forever to grow back out to a length and texture I could brush. I wasn’t prepared to go through all that again.

“I’m okay, I think,” I said to Mary Louise. She was kneeling down over me, skis off. “Thanks for not being in front of me. I might have hit you, too. Where’s the guy I ran into?”

“He’s up the hill. I’ll go check on him.” And with that, she headed back up the slope.

Since I had landed face down in the snow, I used my corduroy cap to clean off my goggles and face in an attempt to see what was going on. I was par-tially buried in the foot-high drift, but when I assessed that my extremities were intact and my vision was relatively normal, I managed to turn myself around.

I sat up and saw my wife kneeling down over the man I had run into twenty yards behind me. One ski was off, and the other was twisted about 45 de-grees, half-buried in the snow. Unfortunately, his leg was still attached to it. My skis had come undone, and God only knew where they had landed. Prob-ably in someone’s condo.

I had heard of a ski accident that occurred on the same slope wherein a crash between two skiers had resulted in a lost ski sailing down the hill and crashing through a picture window into the living room of a residence. No

one was hurt, at least in the home, but I’m sure it gave them quite a start. And some decent kindling.

I abandoned my ski poles, which had still been attached to my wrists with their adjustable loops, and stepped up the hill to join Mary Louise and the unknown assailant. A thought crossed my mind that perhaps I was the un-known assailant. Whatever the situation, I hoped the man had experienced enough of a shock to render him an amnesiac but not unconscious or dam-aged.

“Are you okay?” Mary Louise was asking him repeatedly as I arrived on the scene. Several other skiers had gathered as well and had already placed their skis in the ground, tips up and crossed, the universal sign of an injury requiring the ski patrol’s attention.

The man was on his side. His eyes were open.

“Listen,” I said, “I’m a doctor. I need to check your pupils and your arms and legs. Don’t be frightened. Okay?”

His pupils reacted normally to light. I felt his neck.

“Any pain here?” I asked as I gently moved his cervical spine from side to side. “Any numbness? Arms or legs?”

The man’s arms, chest, head, spine, and right leg all seemed to be in work-ing order. It was time to address the crucial issue.

“Listen,” I explained, “my name is Jim Brady. I’m an orthopedic surgeon from Houston. I need to check out this left leg and try to decide if you’ve got a fracture in your femur or tibia or if you’ve got a knee ligament injury. I may not be able to tell, but I’d like to try before the ski patrol arrives. Okay?”

“Well, the medic will have to move it to get you onto the stretcher. Your leg’s kind of twisted out at an angle. If I can figure out what’s wrong, I may be able to make you more comfortable by moving it. Let me try.”

He nodded. I gently felt his femur, the thigh bone, with both hands. No pain. Same with the tibia and fibula, the two bones connecting the knee to the an-kle. When I felt his knee, however, even through his bulky, waterproof ski pants, I could feel the enlarged joint. He winced.

“It’s your knee, probably a ligament tear. If I can get your ski off and straighten out the leg, you’ll feel a lot better. I want you to hang on for a minute.”

I paused, then slid down toward his boot release, had Mary Louise support the ski to minimize the torque, and unsnapped his boot from the binding. He moaned for a second, but I quickly untwisted the leg, brought it parallel to the other, and laid it down.

“Damn it! I told you not to—huh. Feels better.”

“Sort of hard to trust a guy who runs you over, wouldn’t you say?”

I assumed amnesia wasn’t going to be a problem for him.

Two members of the ski patrol arrived on separate snowmobiles pulling stretchers. One of them had probably been intended for me. I was glad to decline it. I helped the medics get my victim onto the stretcher and bind him down to minimize the shock of the journey to Snowmass Ski Clinic. I felt ob-ligated to accompany them.

“Are you by yourself? Is there anyone we can notify?” Mary Louise asked. “I’ll be glad to make a call. Whatever you need.”

“Guess you better call my wife, tell her I’m hurt. I hate to upset her, though.”

“Where are you staying?” she asked him.

“Wood Run Condos. Just down the hill. I was headed home.”

“So were we,” Mary Louise said. “Why don’t I just run by there. We’re at the Chamonix. You’re only a block or so away. How would that be?”

He nodded and sort of smiled. “That’d be real nice, ma’am. I’d appreciate

She looked at him for a minute, waiting. “I need your name and condo num-ber,” she said patiently, like a schoolteacher waiting for a third grader to fig-ure out the times tables.

“It’s the least I can do,” Mary Louise said, looking at me like she was very glad I was okay, but not happy that I had run over the poor man. I didn’t blame her.

John Bishop MD is the author of Act of Deception: A Doc Brady Mystery. Dr. Bishop has practiced orthopedic surgery in Houston, Texas, for 30 years. His Doc Brady medical thriller series is set in the changing environment of medicine in the 1990s. Drawing on his years of experience as a practicing surgeon, Bishop entertains readers using his unique insights into the medical world with all its challenges, intricacies, and complexities, while at the same time revealing the compassion and dedication of health care professionals. Dr. Bishop and his wife, Joan, reside in the Texas Hill Country 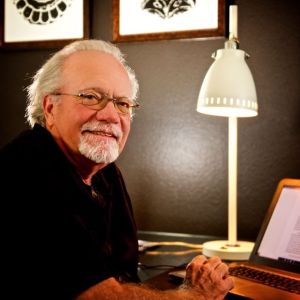