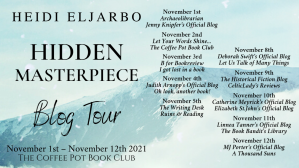 Norway 1944. Art historian Soli Hansen has gone undercover to rescue masterpieces and keep them from falling into the hands of Nazi thieves. Working with a small resistance group led by her best friend Heddy, Soli will stop at nothing to thwart the efforts of the invaders of their scenic country. Trust and loyalty mean everything when working against a merciless enemy.

Riddles and clues lead the way to a mysterious work of art. It’s a race against time, but Soli and her network refuse to give up. However, when news arrives that her sweetheart Nikolai is missing in action, she strives to concentrate on the demanding quest.

From the streets of Oslo to the snow-covered mountains and medieval churches of Nume Valley, Soli takes risks larger than her courage, trying to preserve and hide precious art. But she must decide if it’s all worth losing the man she loves.

Antwerp 1639. Fabiola Ruber’s daughter, Annarosa, wants to honor her mother’s last wish and have her portrait done by a master artist who specializes in the art of chiaroscuro. Her uncle writes to an accomplished painter in Amsterdam and commissions him to paint his beloved niece.

Struggling with religious and social persecution, the Jewish Ruber family uproots once again and travels northward. On the way, they will sojourn in Amsterdam for Annarosa’s sitting in the master painter’s studio. But will they make it there? None of them can foresee the danger of such a journey. 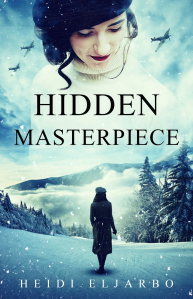 The snow-filled street outside Rolf’s apartment stretched toward a dead end with a fenced-in park with an open gate. The wintry scene seemed tranquil except for the pair of uniformed soldiers leading a German Shepherd and heading that way. Good thing the dog was on a leash. Heddy had encountered military dogs before, and she stiffened at the sight of them.

She paused to check her watch again. An hour before curfew. There was still time. She walked in the direction of her father’s residence. He no longer lived in her childhood home, having moved after Heddy’s mother had passed away and his daughters had left. This would be Heddy’s first visit.

The evening was like ebony velvet, and every blackout curtain was drawn shut. The streetlights had been turned off, leaving only the reflection of a soft white glow from the moonlight on the frosted street. A perfect night for an air raid, but she hoped it wouldn’t come to that. The alarms sounded often enough, as airplanes flew overhead to various destinations. Tonight, the only noise came from a few cars that passed them on the street outside her father’s residence. Their headlight had covers with slots in them that directed their beams down toward the ground.

“His apartment’s up there,” Heddy said and pointed to the third floor. “You boys can probably go home.”

Arvid and Birger refused to budge.

“We’re not going anywhere,” Birger said. He leaned against the wall and crossed his arms.

“I’m just going to talk with my father,” Heddy insisted.

Arvid nodded. “That might be so, but we don’t know what will happen when you try to find out about the ledger. What if he’s not alone? What if his Nazi ideals overshadow his better judgment, and he does something to hurt you?”

“You’re right, and I’m grateful for your loyalty and support.” She sighed. “Stay out of sight, at least. Take up a position so you have an easy escape route and notice cars coming and going.”

“Sure. You’ve taught us well. Birger and I won’t leave until you’re back,” Arvid said.

She gave them a comforting smile. “I really don’t think my father will hurt me.”

Birger shifted his weight from one foot to the other. “No, but others might. Be careful.”

She’d taken every precaution to keep her group and herself safe these four years, but the imminent danger was still something she lived with around the clock.

Dreading the impending encounter, Heddy stood for a moment on her father’s doorstep, rubbing her hands. After a few seconds, she took a deep breath and rang the doorbell. Throughout her childhood, her father had been strict and controlling. Now, as an adult, the few times she’d met him proved he hadn’t changed. That he supported the Nazi movement and worked for the occupants made matters worse. In no way did she trust him, and she weighed every word she

spoke in his presence. Waiting for him to open, she rehearsed an excuse for her unexpected visit at such an hour. No doubt, he’d be suspicious.

Heddy stiffened at the sound of footsteps from inside. In the next instant, the door swung open, and there he stood in his tight, pin-striped suit, holding a cigarette in his hand.

“Hedvig. This is a surprise. What are you doing here this late?”

She gave a casual shrug. “Long day at work. I only just got off. I came straight here to ask you something. May I come in?”

Thank you, Heidi Eljarbo and The Coffee Pot Book Club

Heidi Eljarbo is the bestselling author of historical fiction and mysteries filled with courageous and good characters that are easy to love and others you don’t want to go near.

Heidi grew up in a home filled with books and artwork and she never truly imagined she would do anything other than write and paint. She studied art, languages, and history, all of which have come in handy when working as an author, magazine journalist, and painter.

After living in Canada, six US states, Japan, Switzerland, and Austria, Heidi now calls Norway home. She and her husband have a total of nine children, thirteen grandchildren—so far—in addition to a bouncy Wheaten Terrier.

Their favorite retreat is a mountain cabin, where they hike in the summertime and ski the vast, white terrain during winter. 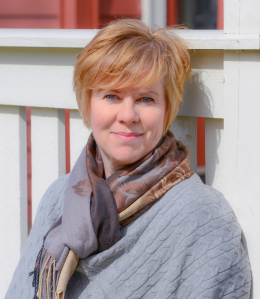 This novel is available to read for free with #KindleUnlimited subscription.