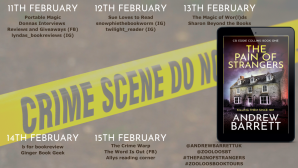 When damaged people reach positions of power, there is no hope for the innocent.

In 1987, Norton Bailey became known as the Madman of Mabgate. A damaged person in a position of power, he built a machine to take care of his problems and used money as bait.

CSI Eddie Collins is feeling alone and adrift. Even work is unreliable and tense, and brings conflict with bad people. One damaged person in particular seeks to choose how Eddie, and the victims he tries to protect, will die.

Is there still no hope for the innocent?

Forensic evidence has always lit up the way, but now the light shines dimly. It’s just bright enough to illuminate the fight of Eddie’s life. 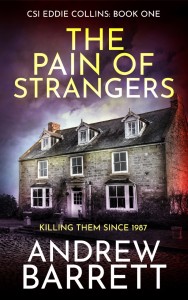 The noise of rain on the tent roof was loud enough to have them shouting to each other across a body and four yards of wet pavement. Benson stood rigidly in one corner wearing the largest scene suit Eddie had in his van, and even then it looked like it had been sprayed on. Every time he breathed in his eyes bulged a little.

Eddie put the camera aside and knelt next to the body. The kid was maybe twenty-five years old, shoulder length brown hair, tattoos on his knuckles: left was ‘love’, right was also ‘love’. He loved everyone, apparently. Eddie acknowledged that, and asked, “Do we know who he is yet?”

“I’ll do that too if you don’t treat this with some respect.”

Benson coloured up and cleared his throat. “No. We don’t know who he is yet.”

Eddie fished in the kid’s jacket and jeans pockets and came up with a fistful of items that needed photographing and seizing either because they were personal effects and the family would later want them, or because they were – or had the potential to be – evidence. The cigarettes and the lighter, the small amount of loose change, and the lottery tickets were all personal, and went straight into a bag. The mobile phone was evidence and could potentially provide further information. It went into a Faraday bag and then into an evidence bag.

“A Faraday bag? What’s that for?” Benson asked.

“It’s to prevent signals getting in or getting out. We want it arriving at the technical evidence centre untampered with by those who could access it remotely.”

“And the bag does that?”

“You’re sharp as a tack, Benson. I like that in a DS.” Eddie fanned out a couple of debit and credit cards. “Michael Fogg.” He looked to Benson, and Benson wrote it down in a small notepad using a pencil stolen from Ikea.

Andrew Barrett has been a CSI since 1996, and one way or another, Andrew’s life has revolved around crime ever since.

He’s best known for his lead character, CSI Eddie Collins, and the acerbic way in which he roots out criminals, and administers justice. Eddie’s series is six books and four novellas in length, and there’s still more to come.

Andrew has recently discovered the delights of writing stand-alones, with one under his belt another under way.

He is a proud Yorkshireman and sets all of his novels there, using his home city of Leeds as another major, and complementary, character in each of the stories. 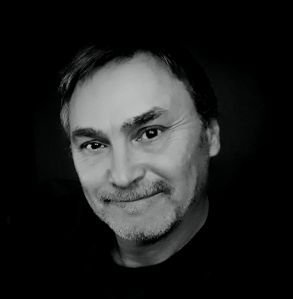