Thea placed her hands on the soft, aged leather of her grandmother’s suitcase, the one the slight old woman never let out of her sight. The thunk of the lock sounded very loud in the stillness of the cottage and Thea froze, her eyes on the bedroom door. Hearing nothing, she held her breath and peered inside…

Hedi Fischer, aged ninety, smooths her hair and applies a touch of red lipstick from the tube. Over her pristine wool skirt suit she has knotted a men’s tartan bathrobe, frayed with age. Hedi hasn’t taken it off since her darling Harry passed. Since the day she gave away everything but the battered little suitcase that holds all the memories she’s tried her best to lock away.

Thea has never met her grandmother Hedi, so she’s surprised when she receives a call to take her home. She’s not sure how Hedi will fit into her new life – the one where she’s left her boyfriend and moved into a run-down cottage miles from the nearest town. And Hedi refuses to talk about her past, or why she and Thea’s mother haven’t spoken for more than thirty years. So when Thea spots Hedi’s case on the table, she can’t resist taking a peak inside…

What Thea finds there is more heartbreaking than she could have ever imagined. It is a story that begins in World War Two, when young Hedi arrives by train at a Nazi concentration camp, from which she has no hope of escaping alive… 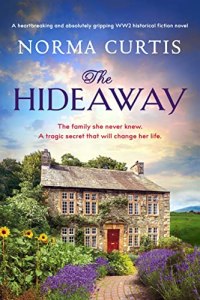 Norma Curtis was born near Wrexham, North Wales, where her family still resides, and now lives in London, England, with her husband and a son. She is a novelist and short story writer, and she was elected the twentieth Chairman (1999–2001) of the Romantic Novelists’ Association.

Her first novel, “Living It Up, Living It Down”, published in 1994 by HarperCollins, won the Romantic Novelists’ Association New Writers’ Award, and also featured in the WH Smith Fresh Talent promotion. Her other books, The House Husband (Quality Time) and The Last Place You Look have also been published by HarperCollins. Her short stories have appeared in Woman, Woman and Home and Woman’s Own, anthologies and teenage magazines. She writes with a unique blend of dry humour, warmth, wisdom and originality. 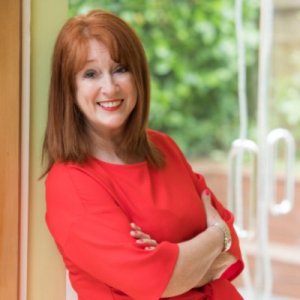